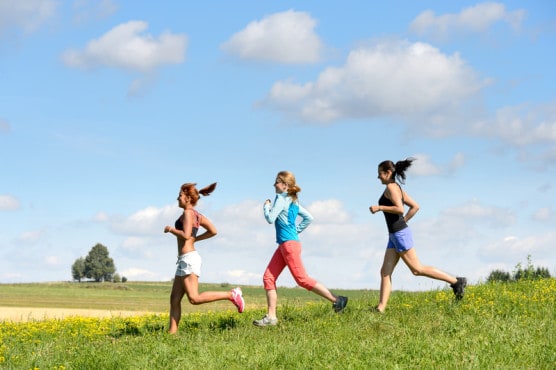 For many runners, and many of you guys no doubt, the chance to set a personal record time is one of the things that drive you as an athlete.

There’s no better place to do that than at a race that unfolds downhill. California and the mountains of Oregon provide some of the best — and most scenic — places to do that.

But you can almost find one anywhere, like beneath the shadow of the stunning Crazy Horse Memorial in South Dakota, and along the winding roads within Utah’s Hobble Creek Canyon.

Recognized as “the world’s fastest half marathon course” by USA Track & Field back in 1985, the Fontana Days Run takes about 2,000 runners on a fast downhill course that starts in Lytle Creek and finishes at Fontana’s City Hall.

Paved mountain roads and wide gravel trails that wind through the majestic wooded forests of North Carolina’s Black Mountains are the setting for this race, which starts quite literally as dawn is rising, at 6:01 AM to be exact.

Known both for its whitewater rapids and for the plentiful trout that make it a mecca for fishing, Colorado’s Cache la Poudre River and the Poudre River Canyon serve as the setting for this race that takes place around the autumnal equinox.

4) The Rogue Run Half Marathon • Medford, OR

Runners will spend nearly all their time during the race on the running, walking and biking pathway known as the Bear Creek Greenway here in Oregon’s Rogue River Valley, a point-to-point race that’s nearly all downhill.

The third in a three-race series, the Revel Canyon City Half offers stunning scenery and breathtaking views of the San Gabriel Mountains and the Angeles National Forest, which look out onto the valley below and the urban sprawl of Los Angeles off in the distance.

The gorgeous and oftentimes stark and jagged natural scenery of South Dakota’s Black Hills will be on display at this early fall race, which starts at the majestic Crazy Horse Memorial and finishes in nearby Hill City, S.D.

Billed by race organizers as the “highest downhill half marathon in the country,” the aptly named Slacker Half Marathon features a starting line at the lofty elevation of 10,630 feet above sea level and a running course that is entirely downhill.