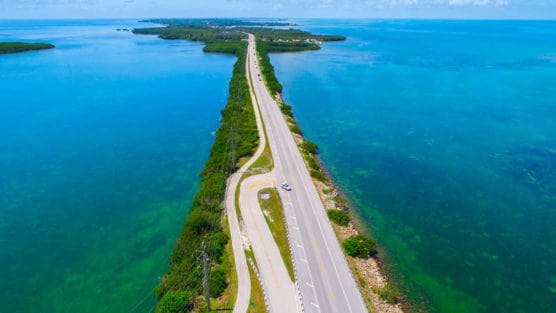 Timed to coincide with the “World’s Longest Parade” — which rolls down Key West’s famed Duval Street, from the Atlantic Ocean to the Gulf of Mexico right after the last runners cross the finish line — this race also is part of the “Conch Republic Independence Celebration,” a 10-day festival filled with parties, sailing events (including one to Havana, Cuba), parades and races, all of which you’re encouraged to wear a costume to. It’s an early evening race that starts at 7:00 p.m.

The name of this race says it all, really. A few hundred people wearing tutus while running around the streets of Key West — and by the way, you’ll have to slip it off and give it to your relay partner, who’ll then put it on as quickly as possible and start running to the next relay stop. This year will be the first year the race will open up to individual runners who want to run the 10K by themselves — but of course, you’ll need to wear a tutu.

If you’ve ever seen a Key West sunset, then you know there are few better places on Earth to watch one, especially in the thick of summer when the days are at their longest and the sun slides ever-so-gradually into the horizon over the ocean. That’s what you’ll get to take in at this 5K that’s part of Key West’s annual Hemingway Days festival, which celebrates the life and work of the Nobel Prize-winning author. It’s open to runners, walkers and even paddle-boarders — who start the race from the sands of Southernmost Beach, and complete their 3 miles in the ocean before finishing back at the beach.

After dropping its half marathon a few years ago, organizers at this stunningly beautiful run across the 18-mile-long Jewfish Creek Bridge brought the 13.1-mile distance back recently, and its 10K and 5K races are still going strong. The race starts and finishes along U.S. 1 that connects the Keys to the mainland, and from there runners in the 10K will follow a long out-and-back that looks out onto Blackwater Sound, with the edges of Everglades National Park off in the distance.

Nestled among the Florida Keys, at roughly the half-way point of the drive from Miami to Key West, the village of islands known today as Islamorada hosts this late fall race that starts atop the Whale Harbor Bridge on U.S. 1, also known as the “Overseas Highway.” From there, the race never rises more than a few feet above sea level as it follows a long, out-and-back route from Robbie’s of Islamorada, and features views of the ocean throughout.

Run during Key West’s coolest month of the year, when temperatures here average between the mid-60s and the low 70s, this race starts near the island’s ferry terminal and in its first mile take runners along world-famous Duval Street. Later stretches run past Higgs Beach and the southernmost point landmark, as well as past the Ernest Hemingway Home and Museum — home to perhaps the nation’s most interesting collection of six-toed cats.

Tagged as: Florida Half Marathons, Lists

Previous post: Should We Add Training Plans in Kilometers?