The Best San Francisco Half Marathons

Seven miles may not seem like a whole lot of room for running, but this mini-mile stretch of city is jam-packed full of runs to please an assortment of athletes. Bonus: with 50+ hills (yes, you read that correctly), your adrenaline will be pumping. So definitely, definitely be sure to stretch beforehand. From views of Alcatraz to sea lions and more, keep on racing down the page. This is our list of best San Francisco half marathons you can run this year.

Get ready for two half-marathons, mid-summer in San Fran. The course for the first half marathon starts on the waterfront downtown, at Embarcadero and Washington Street. It then takes runners on a point-to-point course that follows a mostly westward route along the waterfront through the city, all the way to Golden Gate Park.

For the second half marathon, the race picks up near the midpoint of the first half marathon’s course at Crissy Field in the Presidio. It takes runners on a southward and eastward route through the city, on the way toward the finish line on the waterfront at Embarcadero and Folsom.

Keep an eye out for sea lions barking, spectacular views of homes along the marina, and other sights for anything but sore eyes. This is one of the most popular San Francisco half marathons.

It’s no real surprise that Runner’s World magazine ranked San Francisco’s Kaiser Permanente Half Marathon & 5K one of the country’s most scenic half marathon races. Why is this exactly? There’s long, expansive meadows on the eastern end of the park to the beachfront areas along its coastline areas. Golden Gate Park is one of those can’t-miss San Francisco places to see. It forms a gorgeous backdrop for the race.

The 39th edition of the race takes place at the beginning of the year. It’s perfect for bringing your sweetie along as an extra special early Valentine’s Day gift.

Fun fact: Golden Gate Park is 20% larger than NYC’s Central Park and sees 25 million U.S. visitors annually. Which makes for one of the most popular San Francisco half marathons.

Keep an eye out for Alcatraz (yes, that Alcatraz). This jaunt promises views of the infamous historical location. More than 3,700 runners came out and trekked across the bridge in the race last year, along a mostly fast and flat course — though there are some challenging, hilly stretches around the midpoint of the course, when runners tackle the hills leading up to and coming down from the bridge.

The 13.1-mile course for the race begins at the historic Muni Pier on the city’s waterfront area, near the Aquatic Park on Van Ness Avenue.

Part of a series of more than 20 trail races that take place up and down the California and Oregon coasts each year. The Zoom San Francisco Run Half Marathon & 10K makes its run along a route that unfolds through the Presidio and coastal parks.

Perhaps the rockiest stretch of SF’s coastline, be sure to come equipped with proper foot attire

What does a race plus brews, tacos, and a whole lotta moxy (the hotel, that is) equal? None other than the Bay Bridge Half Marathon.

Named one of the best international running events in the world by Let’s Do This and Runner’s World magazine. The Bay Bridge Half Marathon is notable also because it’s the only half marathon event to take runners across Oakland’s beautiful Bay Bridge, which connects the city with nearby San Francisco and is famous for its nightly LED display known as the Bay Lights.

Looking for a Cinco De Mayo Celebration? Look no further, as this race is promised to be a one of a kind experience in San Fran. 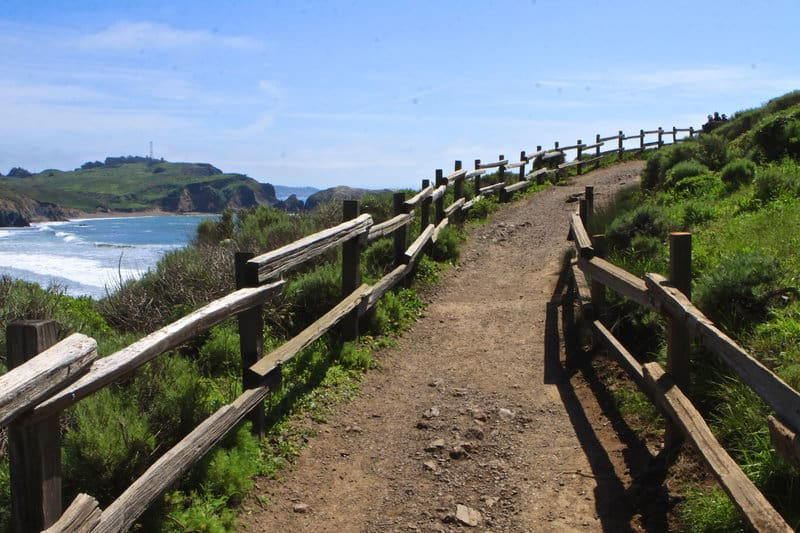 Is exclusive your middle name? The go on and click the info and sign up button below now before time runs out. This race is limited to 400 runners.

Run along a backdrop that combines gorgeous natural vistas with views of San Francisco’s urban skyline in the distance. A hilly and challenging course, the Golden Gate Headlands Marathon, Half Marathon & 6-Mile race unfold over a course that features some dramatic changes in elevation. The half marathon course climbs and descends roughly 800 feet overall in elevation.

Now set for its 12th annual running, this race takes runners along some of the city’s most notable sights through a combination of downtown areas and residential neighborhoods. You’ll also run nearly all the way around the waters of Lake Merritt just east of downtown, past the campus of Laney College and through Lake Merritt Channel Park. The half marathon starting line shares the location with the full – a few feet from Lake Merritt.

DYK? Lake Merritt is a channel that features a narrow waterway and connects with the SF Bay.

History aficionados, rejoice. This may be one of the only places you can simulatenouslyset your sights on an immigration station, the remains of military installations, and also, view a full angle of San Francisco.

Set for its 7th annual running here on the largest natural island in San Francisco Bay, the Angel Island Half Marathon & 5-mile race take runners on a looping trail run around Angel Island State Park, a place where you can see some of the most stunning views of San Francisco, the Marin Headlands and the rest of the Bay Area.

Tip: Be sure to pack a picnic after the race in this unique park. 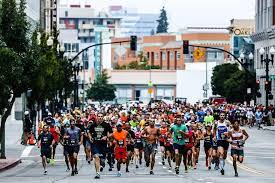 Get your footing at the start at Snow Park at Lake Merritt before circling around Lake Chalet, the Boating Center, and u-turning at the corner of 3rd St. and Myrtle.

DYK? Last year, the race launched its very own beer festival, showcasing 13 local breweries, equaling a beer for every mile. That’s what we call a win, win. 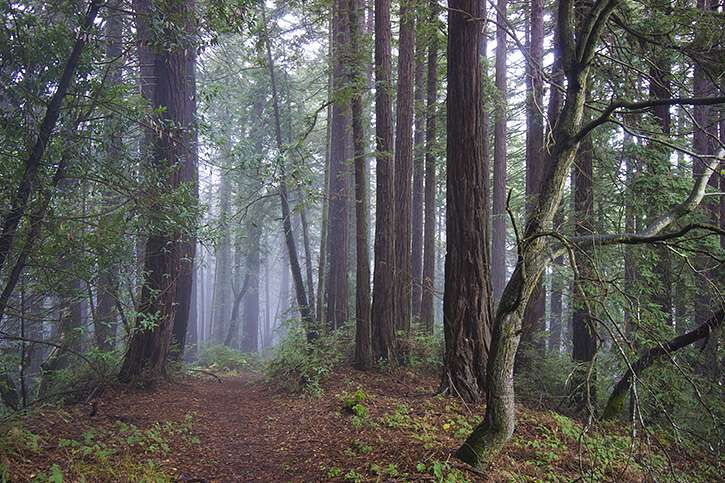 Runners will start the half marathon — as well as the 10K and 5K races — at the park’s Canyon Meadow Staging Area. It lies closest to the park’s Redwood Gate entrance, on its eastern side. From there, the half marathon route makes what is roughly a counter-clockwise loop around the park, along the East and West Ridge trails in the first few miles.

History: This 1,830-acre park, which lies less than 20 minutes from the heart of the city, now is an unspoiled haven for the giant trees. It was once a bustling logging area. It supplied much of the wood that was needed for construction around the San Francisco Bay Area in the mid-1800s.

If you’re still looking for more half marathons, full marathons, 10Ks and 5Ks close to San Francisco? You can see our entire list here.

Next post: Running Goals: How to Set, Approach, and Achieve Your Dreams