Towering some 8,000 feet over the nearby town that hosts this race, Pikes Peak is higher than anywhere in the United States east of it, and holds a special place in the imagination of countless outdoors enthusiasts. It’s named for the early American explorer Zebulon Pike, who actually never made it to the summit, though he tried and failed in 1806.


Today it’s one of Colorado’s 53 “fourteeners,” or mountains higher than 14,000 above sea level. Famous for its rocky trails up to the summit and its stunning views of the horizon at the top, the mountain requires that anyone who attempts to ascend it be ready for high-elevation running.

The unbelievably difficult marathon that is run here every August — which Jeff Galloway has called one of the world’s toughest — got its start back in the 1950s, and it was even the first marathon to welcome women, at a time when women were shunned from races like the Boston Marathon.

(Arlene Pieper became the first official female finisher of a U.S. marathon when she the Pikes Peak Marathon in 1959, seven years before Katherine Switzer ran the Boston Marathon.)

So why is it so hard? First of all, you start the race at an elevation of about 6,300 feet above sea level. So before you’ve even run a single step, you’re already well over a mile above the earth’s ocean, so the air’s pretty thin. Then you start running up — and up, and up, and up.

You’ll climb more than 7,800 feet over the course of the ascent — there are “very few stretches which aren’t uphill,” the organizers note — by the time you get to the summit of Pikes Peak, which tops out at 14,110 feet above sea level.

And the elevation is just one of your challenges. You won’t be running up the Pikes Peak Highway, which takes cars up to the summit; no, you’ll run the narrow, twisting, rocky and gravel trails that lead to the top, which have plenty of sharp turns and sudden changes in elevation.

You’ll also need to be sure of foot, as the terrain ranges from dirt and loose gravel near the start to a combination of dirt and rock once you get above the treeline. There’s even a stretch called the “Golden Stairs,” where you’ll jump up rocky and gravel stairs nearly a foot high in some places.

It’s gonna test you, they add. You’ll need to add as much as an hour to your expected finishing time, thanks to the elevation and the fact that it’s all uphill!

The view once you get to the summit, however, is worth the blood, sweat and (possibly!) tears it takes to get there. An azure blue sky that’ll make you feel like you’re at the same height as the clouds awaits, along with a jaw-dropping view of nearby Colorado Springs below and a park called the “Garden of the Gods.” 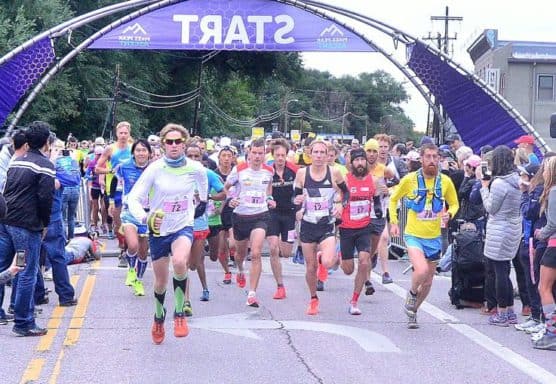 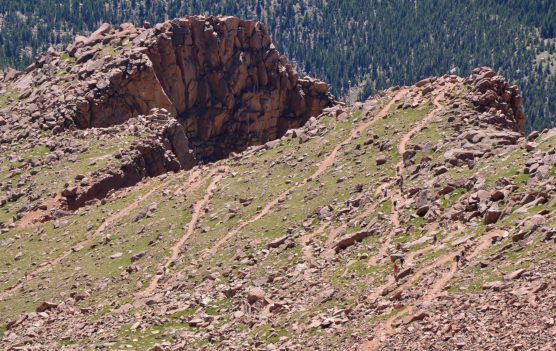 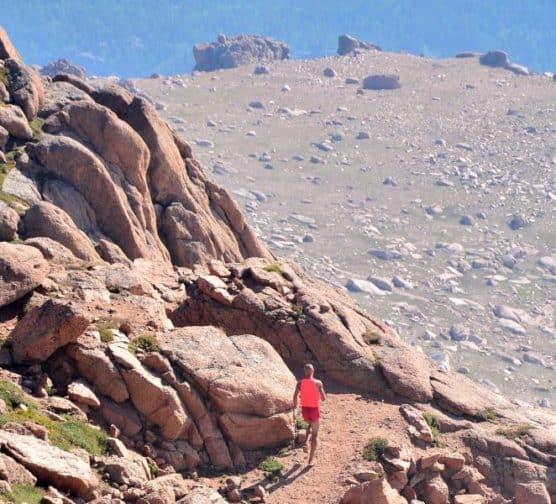 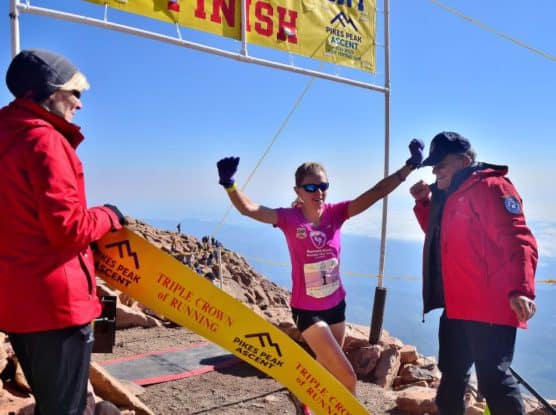 Located near the base of Pikes Peak in central Colorado, roughly 75 miles south of Denver, Manitou Springs typically sees its fourth-warmest month of the year in September, when temperatures average between the low 40s and the low 70s, and the area sees an average of 4 days with rain during the month.

See the race route map for the Pikes Peak Ascent Half Marathon here.

To reserve your spot in the 2022 running of Colorado’s Pikes Peak Ascent or Pikes Peak Marathon, register online at RunSignUp.com here.

Ever run in the Pikes Peak Ascent Half Marathon? Share your impressions here, as well as anything you learned about the race that you think other runners/walkers should know.