The beauty of what race organizers call the “Venice of America” is on display for participants in both the full and the half marathon events at the Publix Fort Lauderdale’s A1A Marathon & Half Marathon, named for the north-south highway that stretches through the city along the beaches of the city’s Atlantic Ocean coastline.

The race — which features a full marathon and half marathon on Sunday, and a 5K on Saturday — is run entirely on paved surfaces, on city streets starting at downtown’s Museum of Discovery and Science and finishing at South Beach Park, with gorgeous views of the Atlantic Ocean.

The course’s first mile, which both full and half participants share, takes runners past many of the city’s most popular nightlife spots, and next heads eastward on Las Olas Boulevard toward the waterfront, bordered by canals with views of luxury yachts and homes.

Half marathon runners reach the turnaround point just above East Oakland Park Boulevard, after which they begin their trek back southward toward the park.

In addition to the half and full marathons on Sunday, there’s also an A1A 5K race on Saturday morning. More than 4,000 runners crossed the finish line in all three races combined in 2014, including more than 3,400 finishers in the half marathon alone. 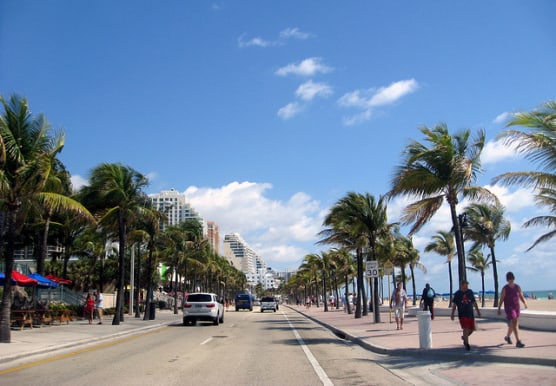 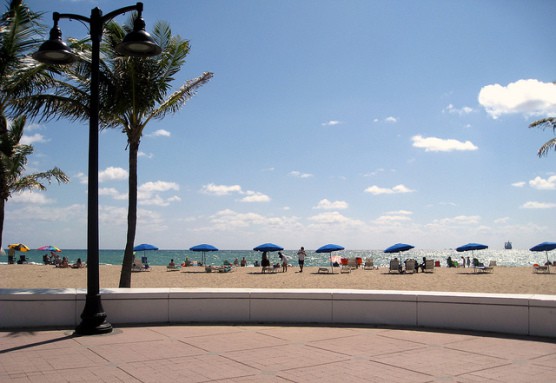 View of the beach in Fort Lauderdale from Florida’s A1A. (Photo by Jared/flickr)

Weather conditions in the Fort Lauderdale area tend to be mild to moderately warm in mid-February with temperatures that average between 59°F and 77°F during the month.

Rainfall is a possibility, as the city sees an average of 3.36 inches of precipitation each February, making it the area’s third-driest month of the year.

See the race route map for the A1A Half Marathon here.

To reserve your spot in the winter 2023 running of Fort Lauderdale’s Publix A1A Marathon or Half Marathon race, register online at Active.com here.