There are few races quite as magical as the Walt Disney World Marathon Weekend, which spreads out its marathon, half marathon, 10K and 5K races across Thursday, Friday, Saturday and Sunday — the 5K on Thursday, the 10K on Friday, while the half marathon is run early Saturday and the full marathon runs early on Sunday morning.

The race has grown in popularity every year since its first running back in 1994, when 8,000 runners took to the “streets” of Disney’s Magic Kingdom. The half marathon was added for the first time in 1998, and the rest is history — more than 19,000 runners finished the full marathon at its 2016 running, while just over 21,000 runners crossed the finish line in the half marathon.

This year’s race is presented by State Farm and unfolds along a course that starts and finishes in Epcot — the home of rides like Spaceship Earth, Soaring, Mission to Mars and Michael Jackson’s late 1980s epic “Captain Eo,” a 3-D movie with in-theater special effects — and then takes runners into the Magic Kingdom park, the home of the original Walt Disney World park and resort.

As they head through the park, runners will make their way past Cinderella’s castle, the Tomorrowland Speedway, the Seven Seas Lagoon and the Disney Golf Course and much more, during what is usually Orlando’s best weather for running at any time of the year.

Runners who want to run this race need to think ahead, however — registration usually sells out months in advance of the race day, so be sure to sign up as early as possible. 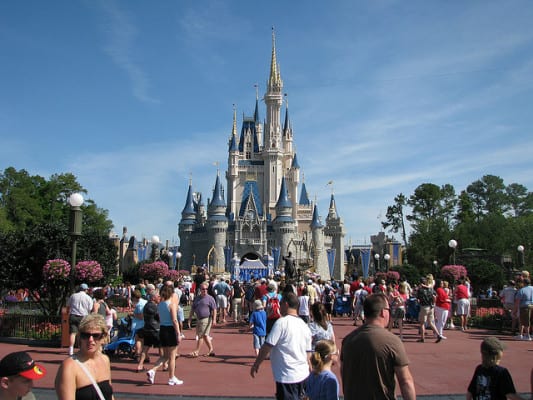 Located in central Florida, about 20 miles southwest of downtown Orlando, Lake Buena Vista typically sees January temperatures that average between 49°F and 72°F, while rainfall totals average just under 2.4 inches, making January one of its driest months of the year.

To claim your spot in the Half Marathon, register online at the event website here.

Ever run in the Walt Disney World Half Marathon? Share your impressions here, or post your review in the Comments below.