How to Prepare For Running a Hilly Half Marathon Race 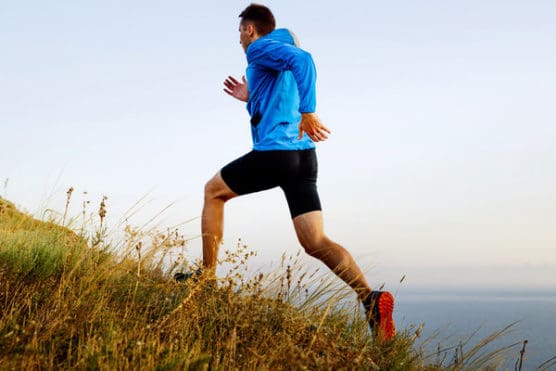 At the time, I was living in Texas and it was as flat as it could be. I did my long runs and consistent mileage but did not train for the course. The New York Marathon is hilly!

The views over bridges like the Verrazano and through Manhattan are beautiful, but I wasn’t prepared. This year I’ve been better about preparing for the course itself.

Preparing for a hilly course isn’t limited to New York though. I’ve run several hilly half marathons like the Runners World Half in Bethlehem and the Boothbay Harborfest Half in Maine. When it comes to hills, some runners don’t miss a beat going up hills and some fly by you going downhill.

Over the years I’ve learned there is no “best way” to run hills. In running, if it works for you, it works. Your method of running hills depends on you! Like anything, it’s important to spend time and focus on your weaknesses and the things you don’t want to do!

Here are a few methods to get ready for a hilly race:

The best way to prepare for any race is to train on the actual course. For many, myself included, that isn’t quite an option. I can’t close down bridges in New York, so I stick with running as many hills as I can find in New Jersey.

Even if you can’t run the course, study the race course. If you know there are more hills at the end, try and make the end of your run where you run the majority of your hills.

If running hills aren’t an option either, another way to prepare is to use a treadmill. If your area doesn’t have hills, you can train on a treadmill that allows you to choose the incline you want.

Some treadmills even allow you to program a race course. Treadmills can be a great tool to practice elevation change when it’s not an option outdoors.

Internally, I tell myself, “the hills are there.” A mental trick I tell myself is, “I’m only doing this for X amount of minutes. I can do anything for it.”

You can’t avoid the hills of the course so make the best of it both mentally and physically. By just embracing hills, you can change something from your weakness to your strength.

Use hills to practice form

Running up hills forces you to run more on the forefoot. To conquer a hill, you must activate and use your glutes, hamstrings, and quads.

These are all muscles you should be using anyway, but it isn’t as easy to do while running in a flat area. Running hills “forces” you to be more efficient.

I’m terrible at running downhill: That is my weakness. I’ve learned that you don’t want to lean back because that puts brakes on your speed.  It also puts a lot of impact on your joints.

Instead, just let the hill bring you down.  Lean in, almost as if you’re falling but relax. Downhills can add extra speed that you might not have on flat ground or running uphill.  Take advantage of what could be your most relaxed, yet least taxing miles.

Don’t let a hill take everything out of you. If you train for the race course, you will certainly have both a more enjoyable and faster time.

Let us know: What is the hilliest course you’ve ever done? How do you prepare for hill training?

Hollie Sick is an avid New Jersey-based runner who’s completed more than 40 half marathons. Read her blog, or follow her on Facebook.

Next post: 8 Tips to Stay Mentally Prepared For Race Day