In the middle of America’s heartland, right in the center of the state of Iowa, lies the city of Marion. This small town, which is part of the Cedar Rapids metropolitan area and lies just east of that city, and is best known for its annual Marion Arts Festival. This one-day, internationally recognized event is held in the center of the city and features 50 different artists from across the country.

The festival has previously held 5K races as part of the festival, and this year will mark its 11th annual running with the half marathon, along a course that features a mixture of flat areas and hills, and will stay entirely within the confines of the city of Marion.

The Saturday morning run, which is scheduled to be entirely immersed within the MAF festivities, will begin so that it can finish in time for other festival events. The race begins in the center of Marion at the corner of 6th and 8th Street near the town’s library and City Square Park. The race first has runners heading towards Marion’s Thomas Park and through one part of the city’s trail system.

Runners should be aware that at the one half mile point of the race, runners will be filed into a single file bridge, which can slow race flow down and interfere with runners looking to maintain a steady pace.

The bridge leads runners to the Boyson trails which narrowly wind in and out of this city park. Runners will travel along some gentile hills, dirt paths and through some of the greenery in the park.

After exiting the Boyson trails, runners will pass by some of the newly constructed areas of the town and along the open and flat Tower Terrace Road and head towards Lowe Park. Here runners will again race through narrow park trails.

The route then makes a loop around Lin Mar High School Football Stadium and through the Hunters Ridge Golf Course. Here runners can once again expect more narrow pathways and hilly terrain.

Finally, runners make a trip through the Historic District of Marion for the final leg of the race, before ending up back at City Square Park and the finish line. Runners will finish the race in the middle of the MAF festivities of downtown Marion. 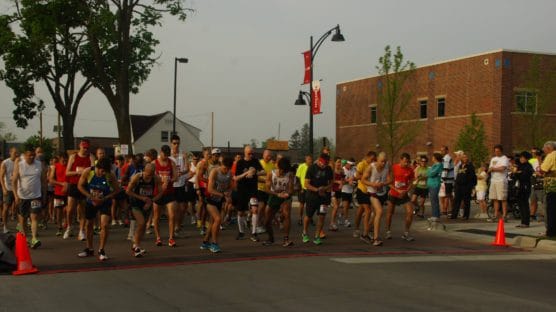 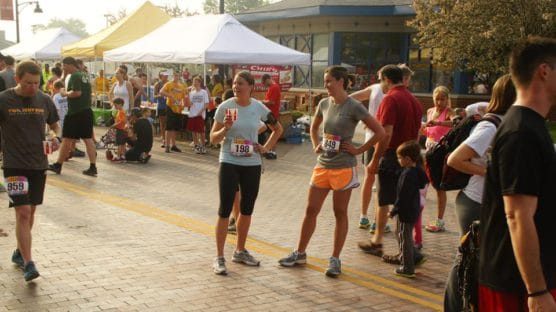 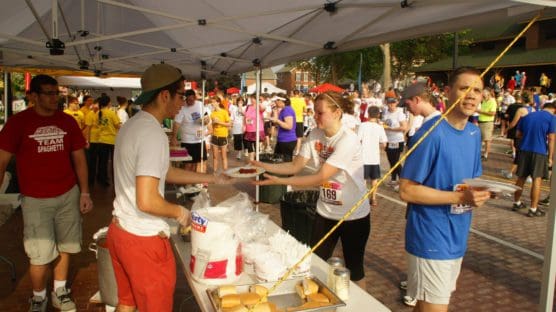 The northern midwest location of Marion, Iowa provides cool and comfortable temperatures for the May race and low to moderate precipitation levels. Runners should expect temperatures to reach the low to mid-70s during the day, and May has seen records as low as 24°F (in 1925) and as high as 104°F (in 1934).

See the race route map for the Marion Arts Festival Half Marathon here.

To reserve your spot in the spring 202 running of the Marion Arts Festival Half Marathon or 5K race, register online at GetMeRegistered.com here.

Ever run in the Marion Arts Festival Half Marathon? Share your impressions here, or post your review in the Comments below.

See more races in: May, Iowa