Runners get a chance to enjoy the tranquil, peaceful beauty of the region known as Midcoast Maine and raise money for the locally based 4-H camp and learning center at the late summer running of Tenants Harbor’s Blueberry Cove 13.1 race, set here along the gorgeous rocky St. George peninsula that looks out into the harbor from which the town gets its name.

Known perhaps best also for the lighthouse that sits out on Southern Island just offshore from Tenants Harbor — which was built in 1857 and purchased by the artist Andrew Wyeth in the late 1970s and today remains in the family, owned by his son Jamie, who also works as an artist — the town, it is said, is a place where boats outnumber cars.

Also known for its wealth of quintessential New England attractions, from lighthouses in villages up and down the coast to plentiful art galleries, museums, cafes and pubs as well as ample outdoor opportunities including hiking and biking, this corner of Midcoast Maine offers peaceful, winding country roads for the half marathon route, which starts and finishes at Blueberry Cove Camp on Blueberry Cove Road.

From there, runners fan out into the rural back roads in and around Tenants Harbor, winding along roads with views of the ocean crashing against the beaches and rocky shorelines, and houses here and there. Organizers say it’s “quiet coves, gentle hills, and few houses” along most of the first half of the race.

The second half of the course brings runners into contact more with the in-town life of the area, as runners pass near the fishing boats of Port Clyde and get to see the Marshall Point Light House (made famous by Tom Hanks’s run in “Forrest Gump.”)

Once runners make their way through this stretch, they then start heading back to Blueberry Cove for the race finish, where they’ll get a chance to have a Maine blueberry brunch, put on by the race organizers. 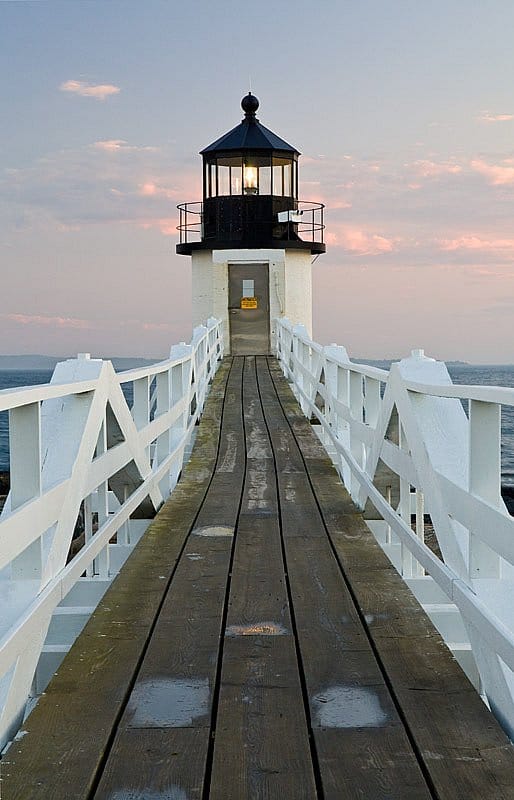 The race has a starting time of 7:30 AM, and the event also is a fundraiser for the 4-H camps and learning centers at both Tanglewood and Blueberry Cove.

The race also is open to runners as well as walkers, and while the race starting time will be 7:30 AM for both groups, walkers may start the race as much as one hour before the official starting time if they prefer, as walkers are not timed.

Nestled along one of the many peninsulas that branch out into the ocean along Maine’s southern coast, the small village of Tenants Harbor typically experiences its mildest and driest weather of the year in the late summer.

Average temperatures on the day of the race (Aug. 28) range between a low of 55°F and a high of 70°F, while rainfall totals for the month average just under 2.5 inches.

$90 and up for the half marathon

To reserve your spot in the 2022 running of Tenants Harbor’s Blueberry Cove 13.1 Half Marathon, register online at Active.com here.

Ever run in the Blueberry Cove Half Marathon? Share your impressions here, or post your review in the Comments box below.