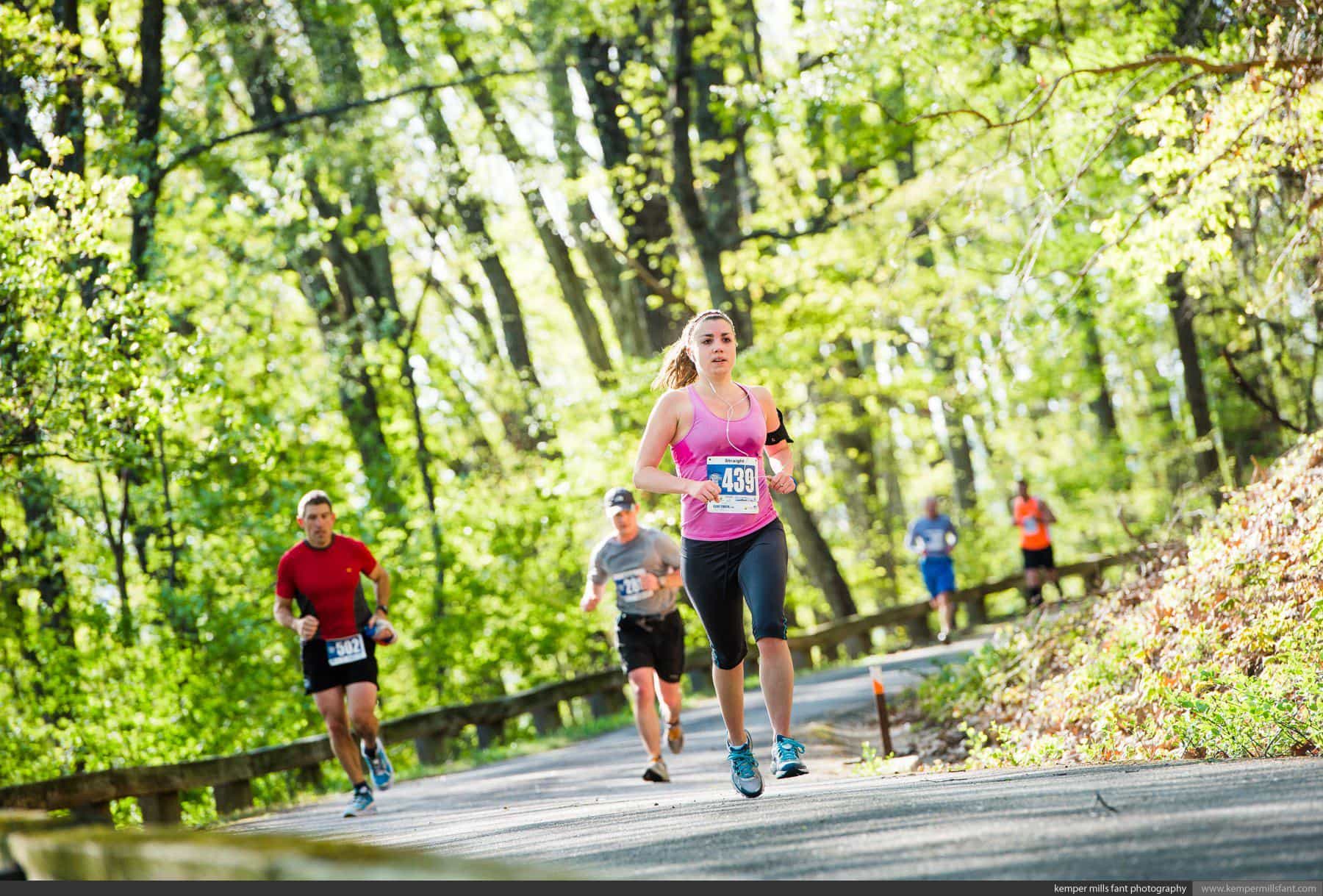 The reason? More than 7,400 feet of elevation change over the course of the full marathon, and some 3,600 feet in the half marathon. 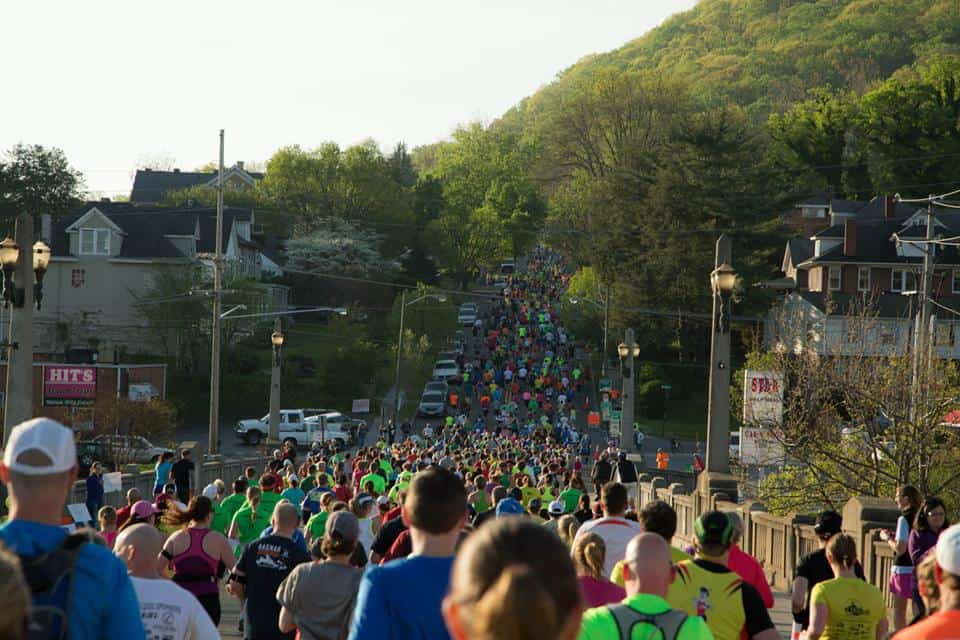 “We actually encourage runners to walk the downhills,” race chair Pete Eshelman told The Weather Channel in an interview describing the race. 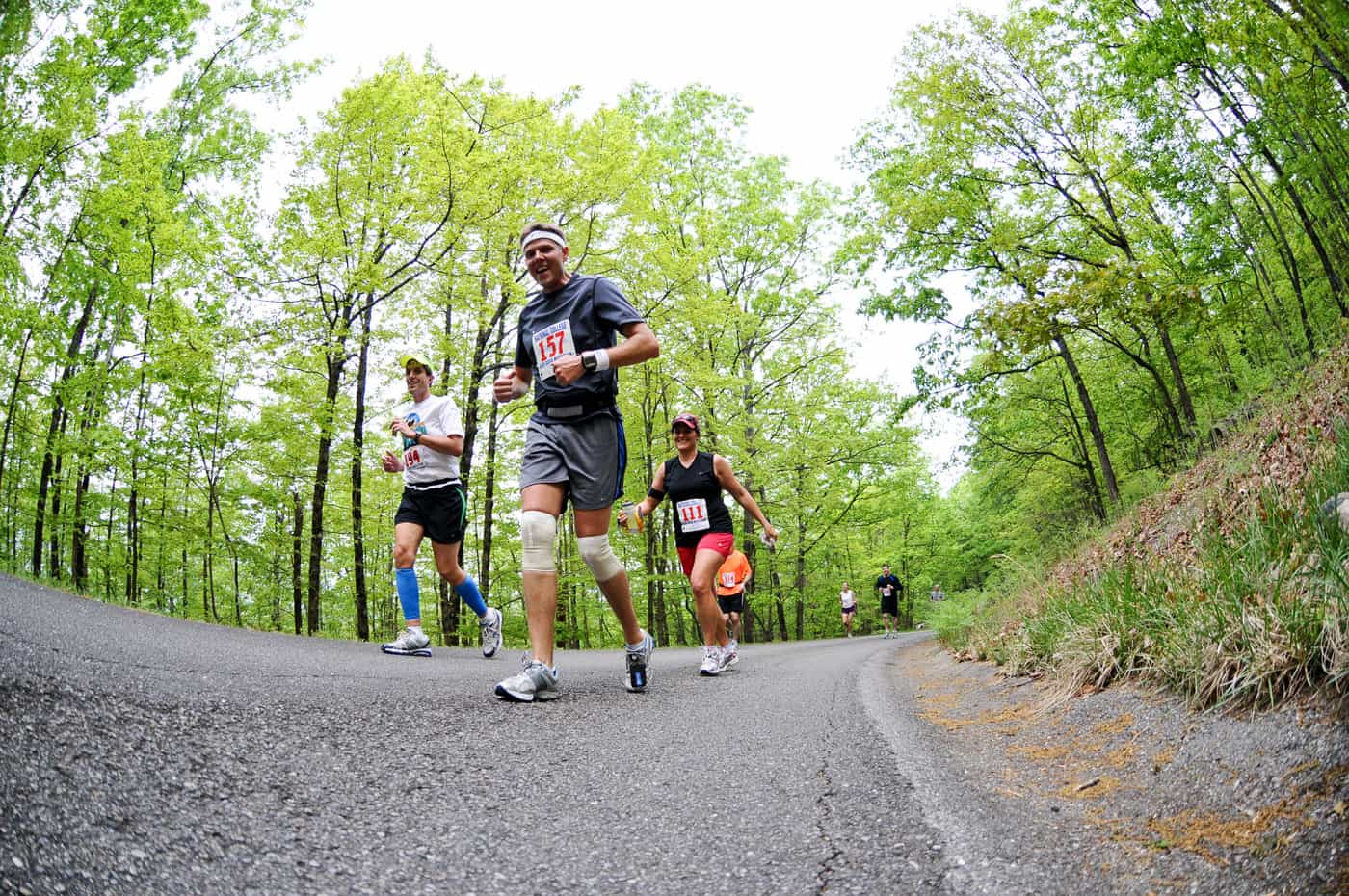 Most runners say the most crushing parts of the race are the downhill stretches on the Blue Ridge Parkway and above the Roanoke River, Eshelman added. 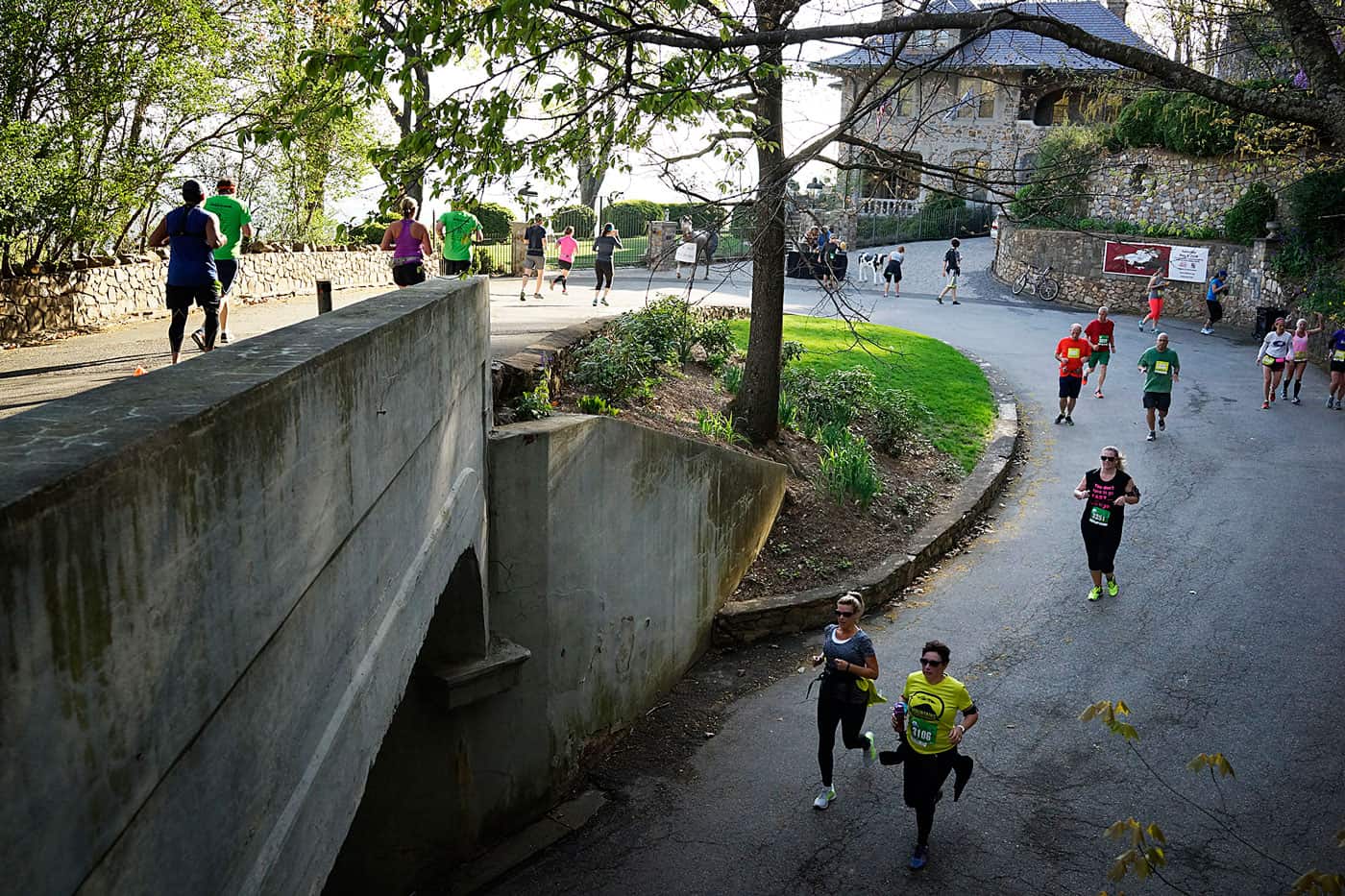 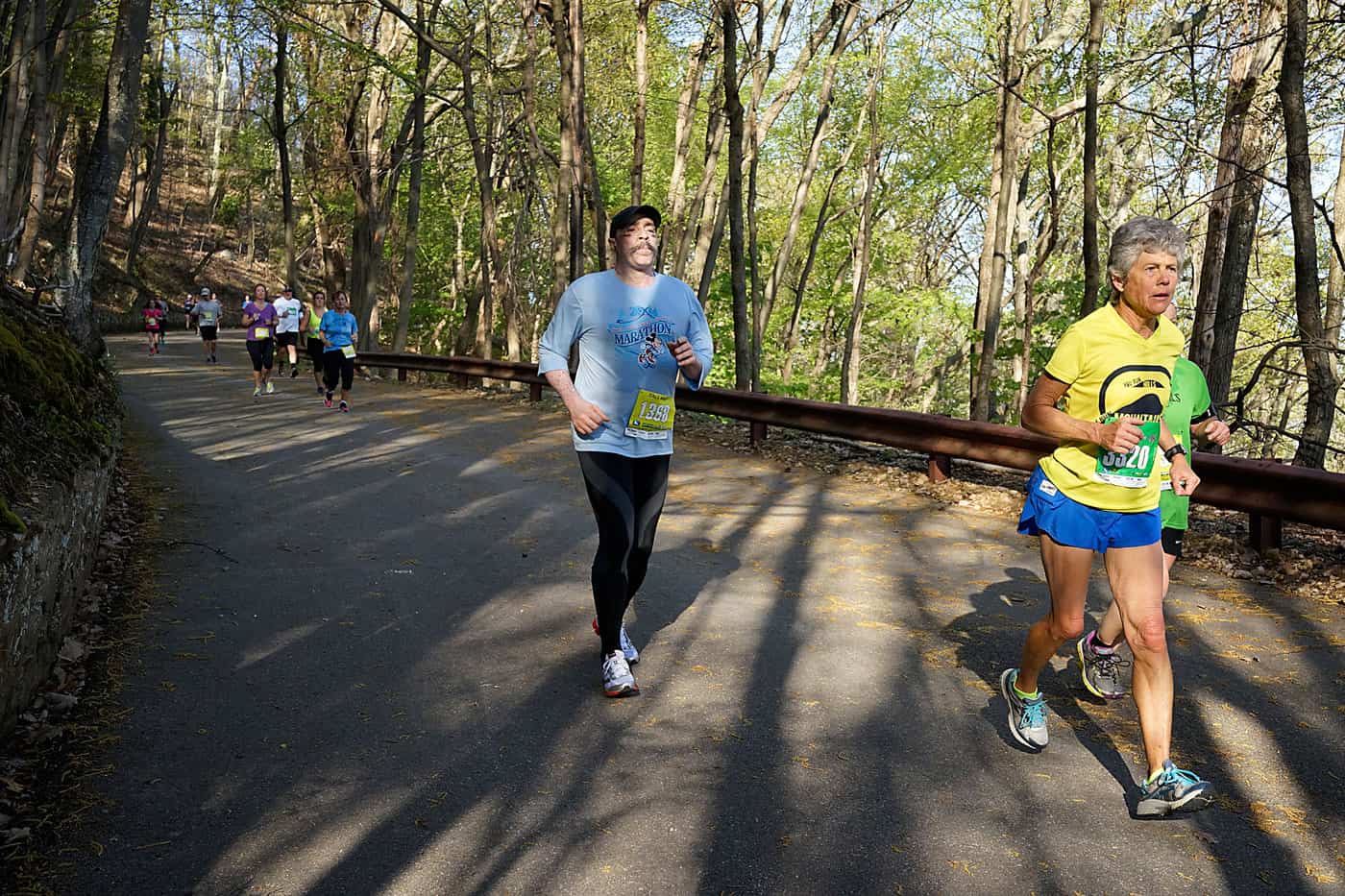 The half marathon course gets a makeover in 2015, and organizers say it’s now the nation’s toughest road half marathon. 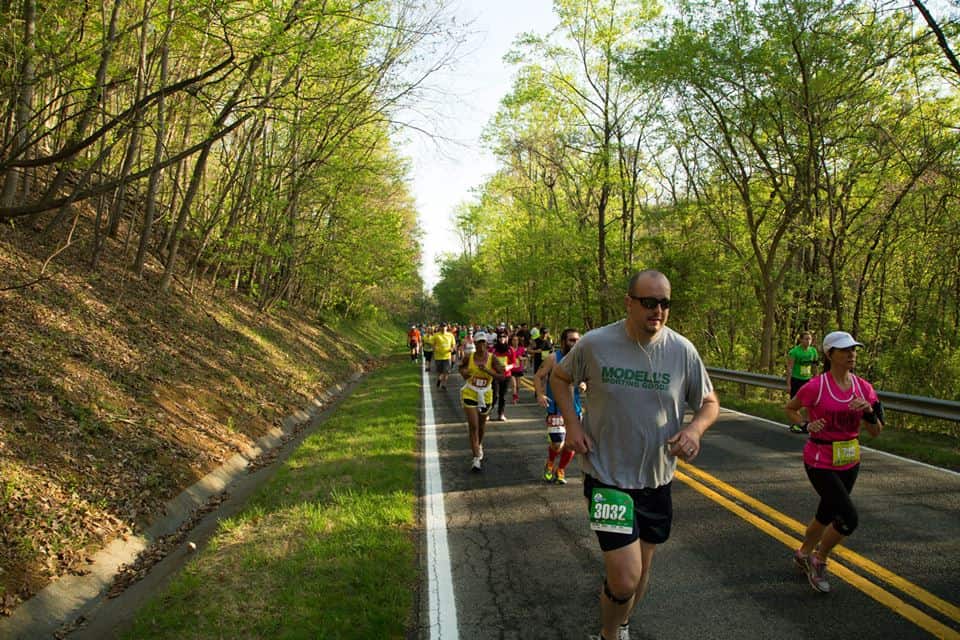 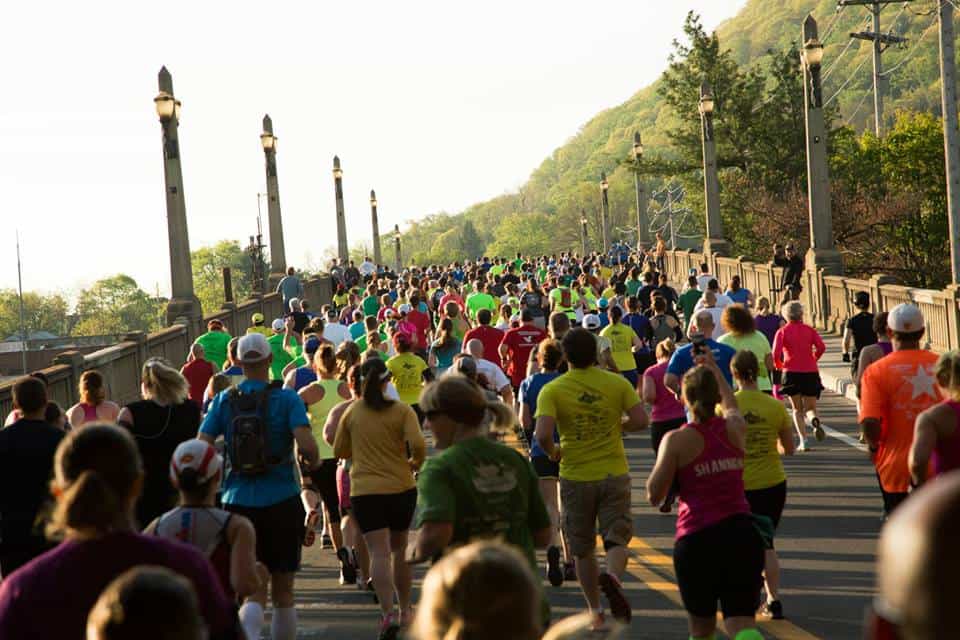 It has an 8-hour course time limit, and organizers say walkers “are permitted and encouraged.” (Emphasis added.) 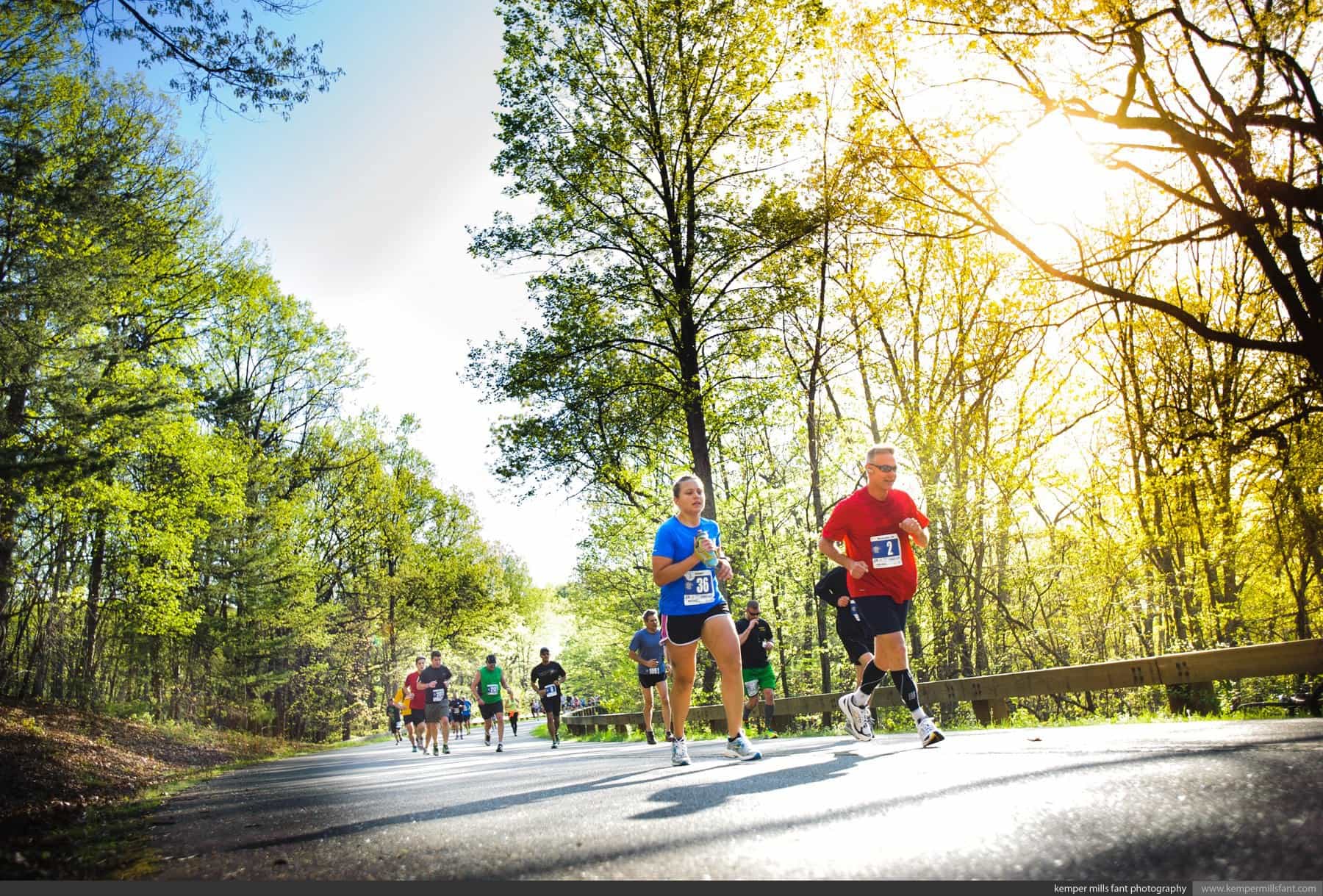 The half marathon begins, according to the race website, with “one mile of rolling hills, before taking its first turn upward as runners begin the two-mile climb up Mill Mountain.” 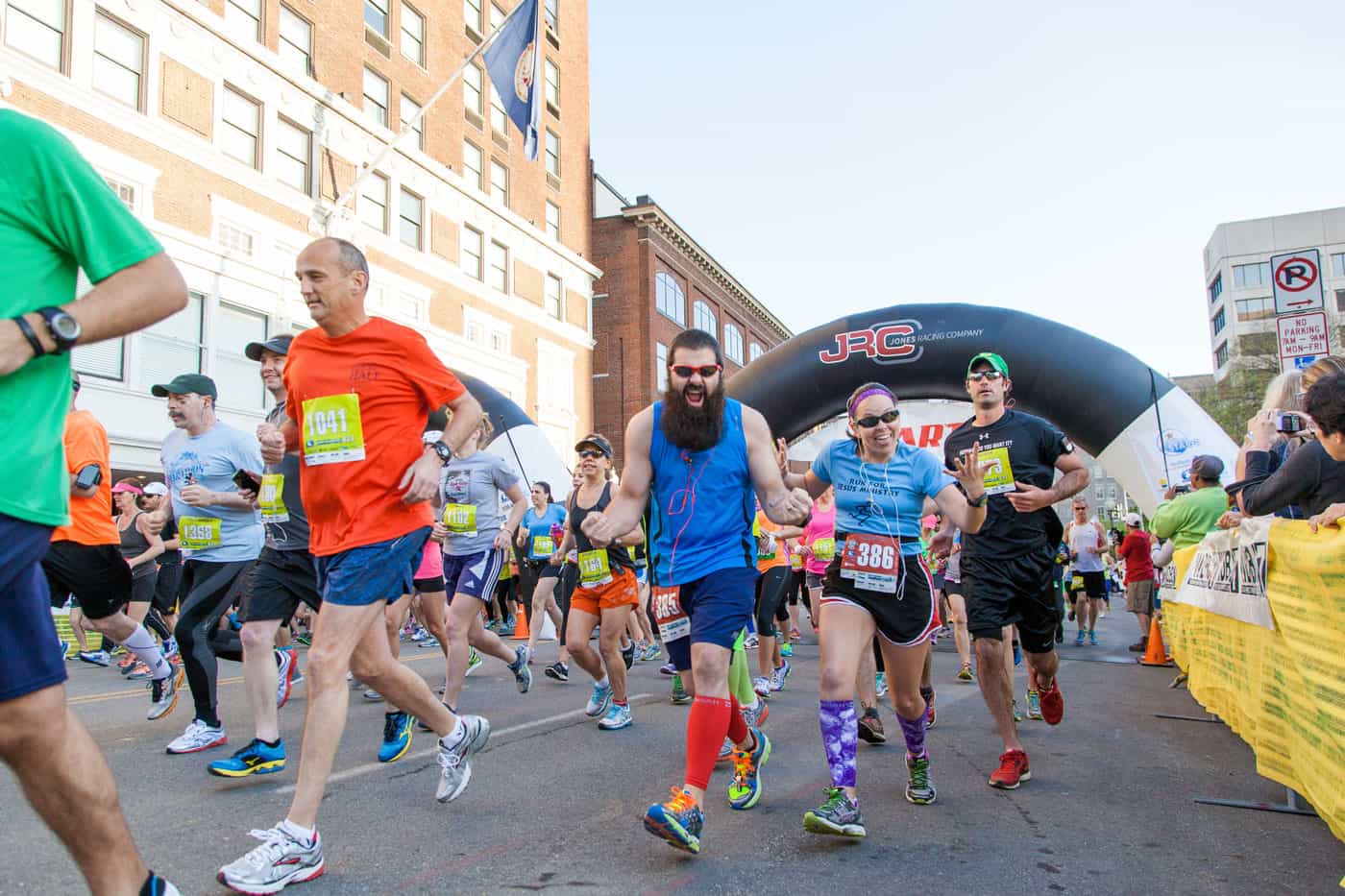 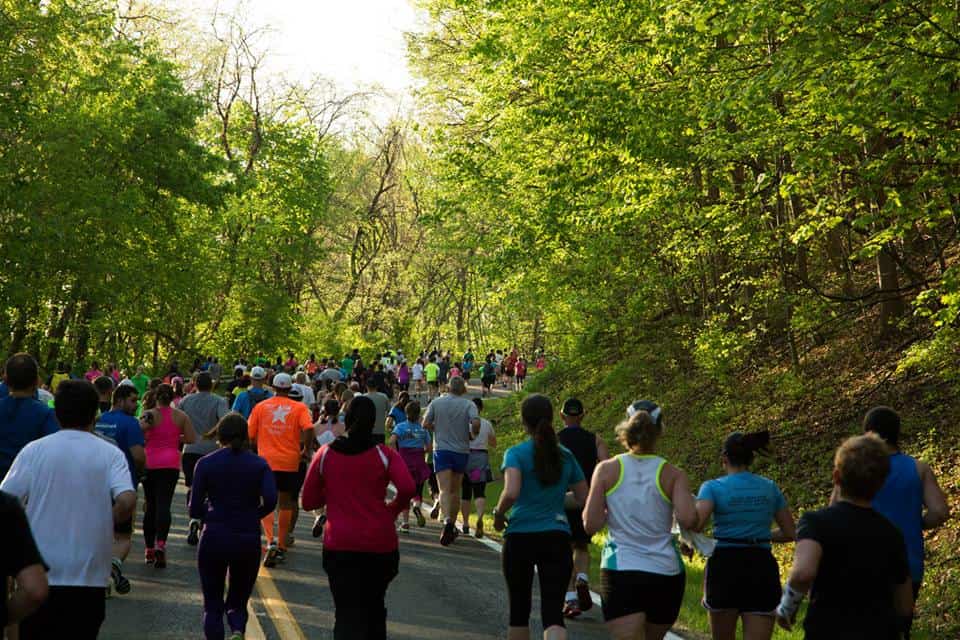 Along the way, you’ll find yourself doing lots of this: 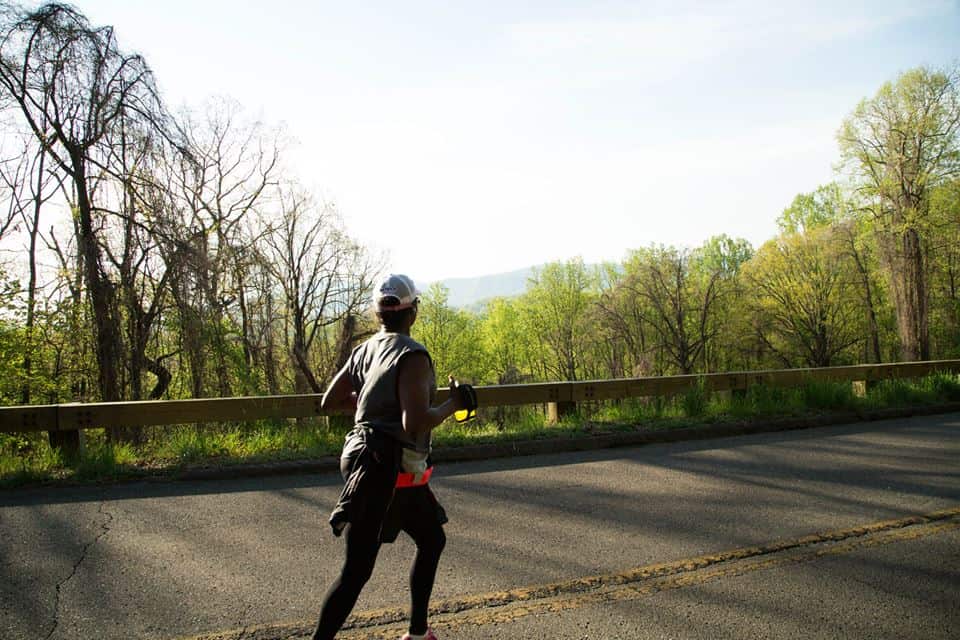 They have a bagpiper playing at the start: 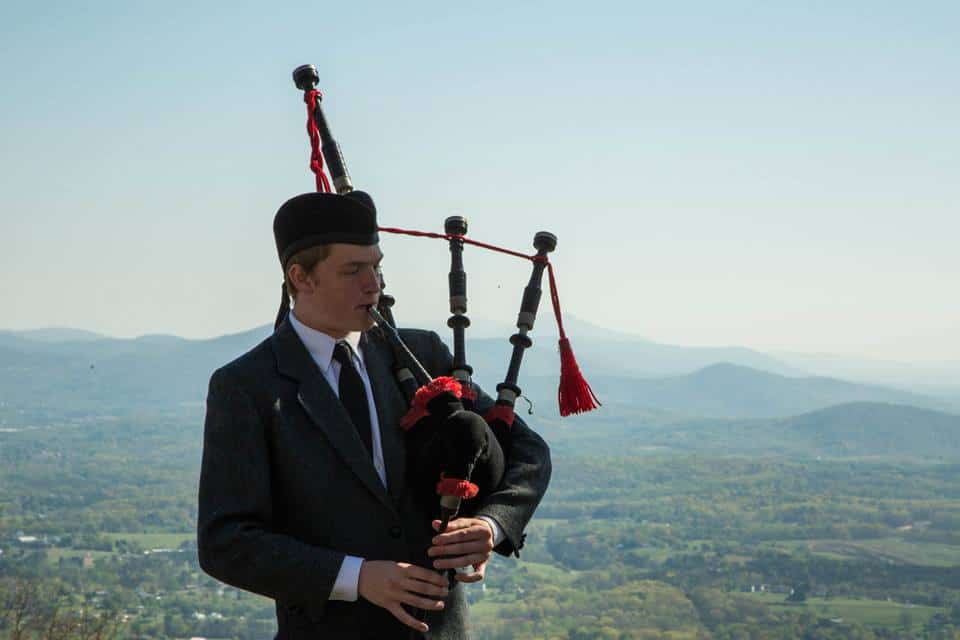 There’s even a race for kids: 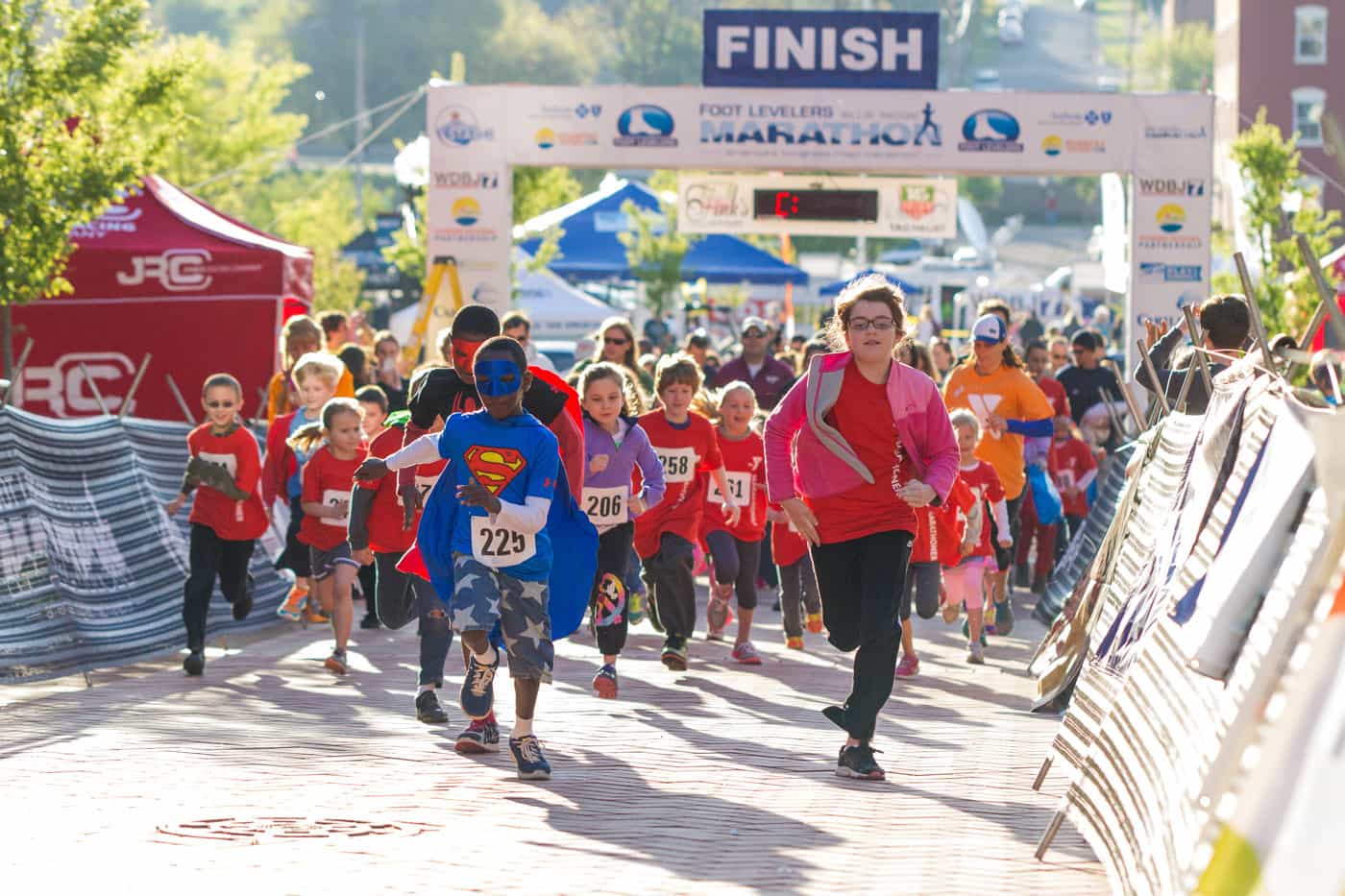 Amazingly, this guy finished the race in less than 3 hours — an amazing accomplishment. 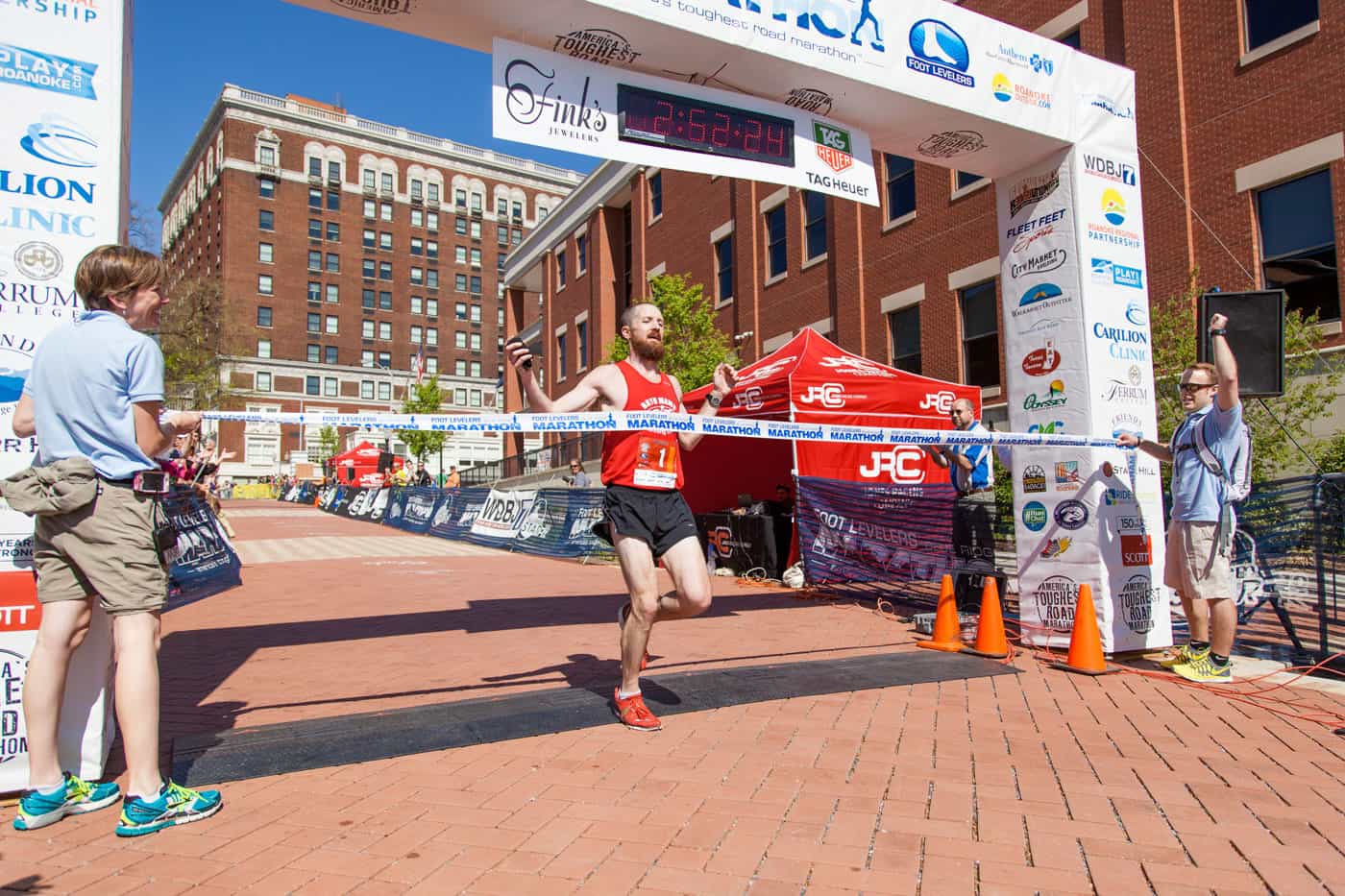 Some runners cross the finish line looking like this: 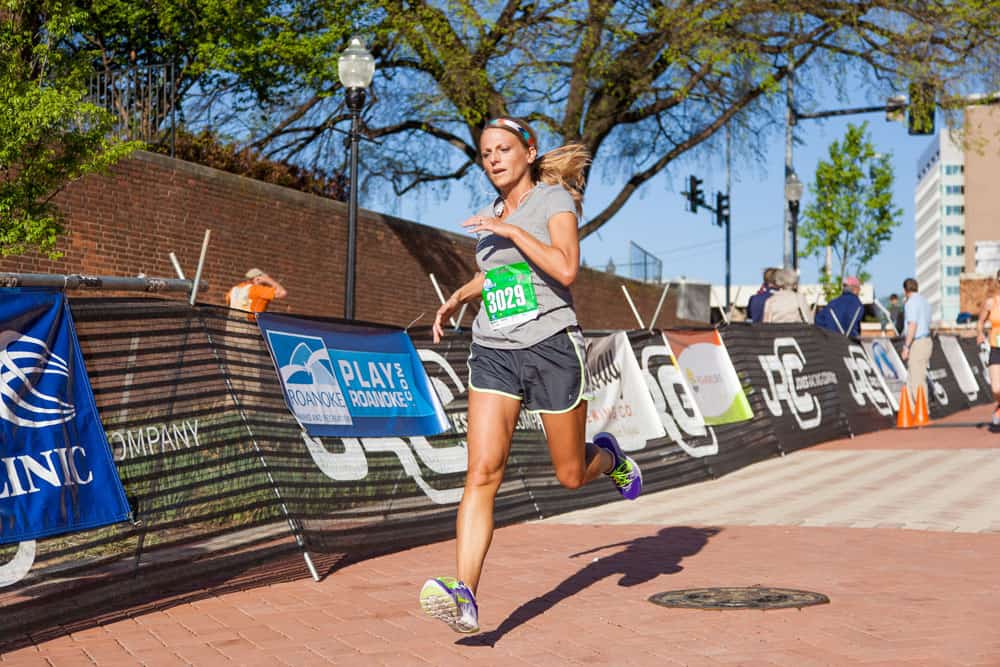 And for others — probably most! — it’s more like this: 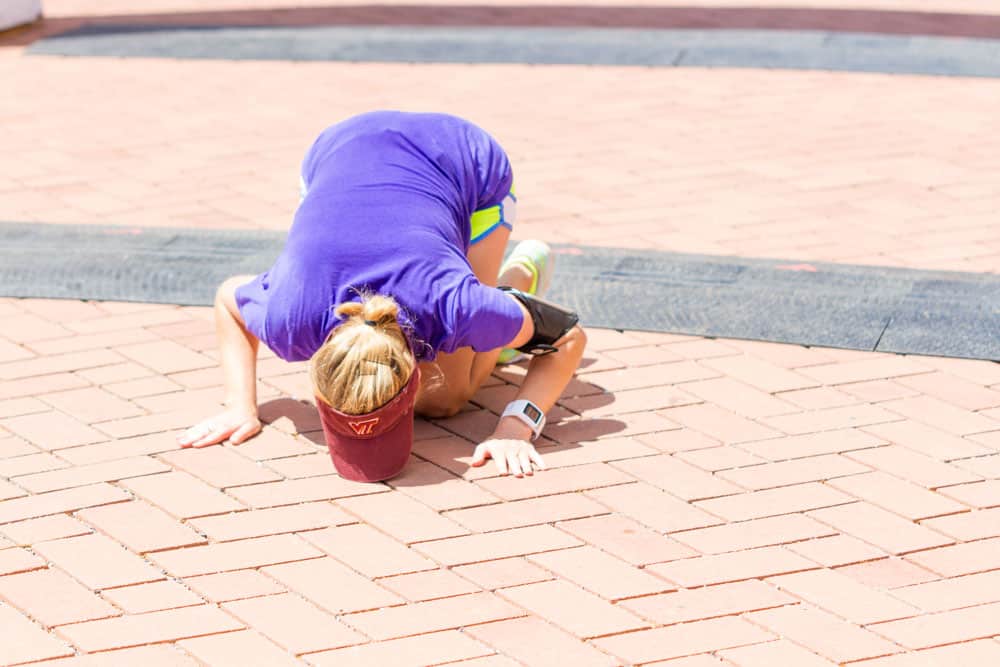