4 Things You Can Do When You Hit ‘The Wall’ 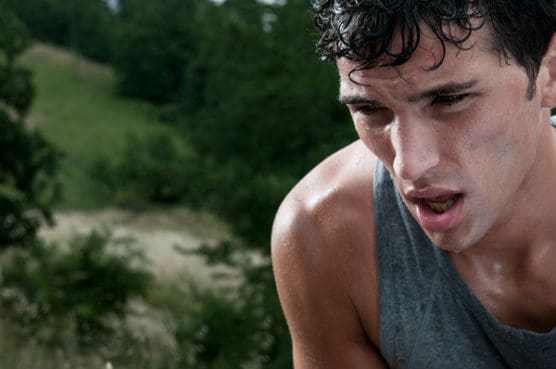 They were not easy, but I was feeling pretty confident that I could do this marathon thing with successful training. Plus, I had been running for years and always felt reasonably good when I ran.

At mile 16, in the middle of the Piedmont Hill along Peachtree Street at the now-defunct Atlanta Marathon, I hit the wall. In my memory, it wasn’t even a slow approach.

It was like someone literally just erected a wall. I remember thinking that it seemed quite impossible at that juncture to continue moving forward another 10-ish miles.

Running at that point was completely out of the question. My legs felt as though cement bricks had been tied around them.

But I knew that I had set out to finish running a marathon. My husband was volunteering at the finish line and was waiting for me to finish. I bought a 26.2 magnet to put on the back of my car upon completion of the race. I had been training for the better half of the year to accomplish this goal.

So I started walking. I wasn’t injured. I wasn’t sick. Though I felt like I was dying, I was far from actual death. Walking was getting me closer to the finish line and that was what I set out do. It was defeating to see people running by me without a care in the world, but I was in no place to try to keep up with them.

After I crested the hill and my heart rate began to fall, I started to feel like maybe I could run again. A few short strides told me otherwise and I continued walking until I got to the nearest hydration stop. I guzzled some Gatorade and slowly waited to feel like a human again.

‘The bonk was in full force’

In the next few miles, I would alternate walking and running as much as my legs would allow. The bonk was in full force and I was struggling to hang on to any semblance of running. Shuffling was as close as I could get. Luckily, I had no watch or idea of time so I was blissfully ignorant of my slowing pace.

Reaching the final mile, the idea of finishing was stronger than the bonk. I was about to do this! It had been far from what I expected, but I was still going to be a marathon finisher.

When I finally reached the finish chute area, I was able to muster a bit of run to create the illusion that I had been doing it for the entire race. Crossing the finish line was even better than I expected knowing how much I had to work for it.

Combination of going out too hard and dehydration

In retrospect, it was likely a combination of going out too hard and dehydration that caused such a memorable greeting of the wall. But that’s not to say that it hasn’t happened again and I am certain that I will continue to experience it in future races.

So how do you not let “the wall” ruin your race?

Unless you are injured or ill, you can still walk. It might not be a fast walk, but even a slow meander is progress.

Scan your surroundings and find a spot in the distance in which you will try to run again. Pick a mailbox or a telephone pole and run when you reach that point. Even if you only make it a few steps, you can continue to repeat this process as long as you need to.

It isn’t always easy, but taking your mind out of the equation can help you relax as the clock ticks. If you can find a runner to walk or jog with or better yet, talk to, it can often help turn things around.

Often hitting the wall can be traced back to the depletion of glycogen stores. Many runners stop consuming gels or liquid calories if they experience a bit of nausea and begin to hit the wall as they enter the final miles of the race.

Take a couple of minutes to ingest a gel or electrolyte drink while walking if you haven’t been consuming something every 30-45 minutes.

Unless you did something vastly different on race day than what you did in training, bouncing back from a bad mile or two can still happen. Some runners may feel defeated if they aren’t hitting every split on target, but it is possible to finish strong.

Trust your training and have confidence that your body is far stronger and faster than your mind wants you to believe.

Previous post: How to Run a Race When It Rains: 5 Things to Remember