Ways to Prevent Chafing When You Run This Summer 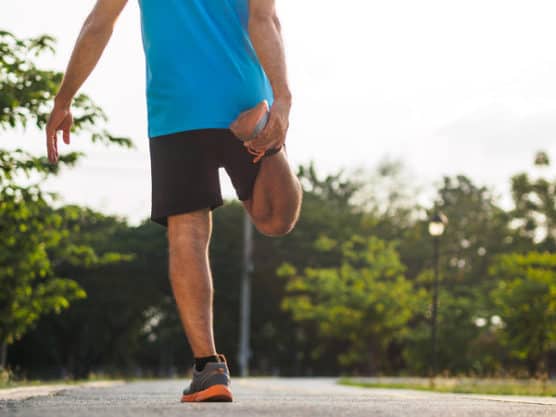 It’s that time of the year when the humidity increases. It’s getting hotter, and it becomes much easier for the dreaded…

Chances are you have come across this moment in your running story: Something rubbed the wrong way and suddenly you find your skin burning.

So what is chafing? How is it even caused?

Chafing is caused by repetitive friction. It typically happens around the inner thighs, armpits or chest. Though, those aren’t the only places. Hopefully, you haven’t come through the finishers shoot with bloody nipples.

Chafing can be caused by many things, including:

How to prevent chafing

Like an injury, prevention is the most critical part. To be honest, I think chafing (as well as blisters) can be just as painful as a running injury.

Test out your racing gear. Make sure you’ve run a few miles in all of the gear you plan to race in. That is the best way to know, Will this cause me pain at mile 10 of a half.

Thigh chafing: Genetics is a key factor in thigh chafing. A few ways to prevent it is wearing longer shorts or capris. Lubing those areas with BodyGlide will also help.

Under armpit: Usually, this is a cause of wearing an improper sports bra or a top that isn’t moisture wicking. The best bet is to try with different tops. Hopefully, you figure out which one is causing you to chafe. Believe me, it took just one half marathon in a poor fitting cotton tank for me to realize that was not a good idea.

Random body parts: Working in running store, I’ve heard of chafing almost everywhere. Most of it is due to poor fitting or poor material clothing. If the clothing feels irritating in the store, it won’t magically get better…even if it’s cute. Wear sweat-wicking fabrics (and avoid cotton) that work to draw moisture away from the skin. Look for materials that feel good against the skin instead of rough fabrics.

Sometimes you just need to adjust your sports bra size, and the chafing will go away.

Nipple chafing: No one wants to be the person with bloody nipples crossing the finish line. A few ways to prevent that are applying Band-Aids or even using a nipple guard product. Even men can benefit from this.

How do you treat chafing?

If you are out for a run and realize you are beginning to chafe, the best bet is to remove or adjust anything causing it.

First, clean the area with soap and water. Since honesty is the best policy, I will tell you this will burn. It’s not fun. After the run, remove the clothing and add antibiotic ointment. Open air will allow the skin to heal faster. Finally, figure out what caused the chafing, so you don’t have to relive that experience.

Chafing doesn’t have to be part of your warm weather running routine. By taking a few simple steps to avoid it, you can have a more pleasant running experience this year.

What is the worst chafing you’ve ever had?

For me, I think it is a tie between armpit chafing during a spring half marathon or inner thigh chafing when I forgot to use BodyGlide for a summer half marathon in Texas.

Hollie Sick is an avid runner who’s completed more than 40 half marathons. Read her blog, or follow her on Facebook.