What Are Tempo Runs and Why Should I Run Them? 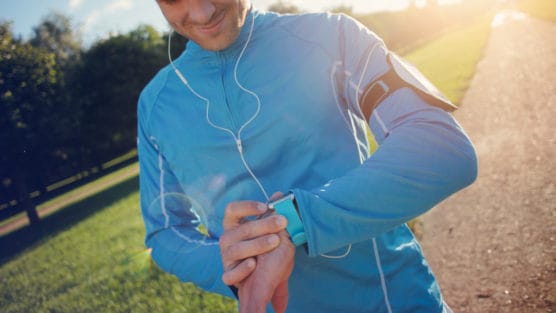 One of the most common speed workouts is called a “tempo run.” Many elite and professional athletes swear by it. Many athletes seeking to PR in distances from a 5k to full marathon use to better themselves.


So what is it? Why do many professional athletes and coaches call it the “bread and butter” of training? Can anyone from new runners to veteran runners benefit from it?

By definition a tempo run means to run at a pace faster than your average running speed, but not as fast as your race pace. Tempo runs are especially great for both half and full marathons.

The main idea behind a tempo run is to improve lactic threshold levels. Lactic acid threshold is the point at which your body starts producing lactic acid faster than your body can remove it.

This is when your body starts to feel tired and fatigued, and it becomes harder to maintain your current pace. This is what you feel in the middle of a race when things start to become harder. Some people also refer to a tempo run as a lactic threshold run.

So how far should you run your tempo runs?

Like anything, how fast and far is dependent on your fitness and your goals. You will run a much longer tempo run for marathon training versus a 5K. That is because the training for each person and each distance is different.

If you are racing up to 5K, a reasonable distance to run a tempo is between 3 to 6 miles. Much of 5K training is based on strength and power.

Many athletes training for marathons, myself included, prefer to do a tempo run between 7 to 9 miles.

You should feel as though you could run further at the end of a tempo run, but to avoid injury, it’s important to stop at the appropriate time.

How do you get started?

It’s important to know, your tempo pace should be about 75% of your race pace. You shouldn’t feel like your racing your hardest ever, but it shouldn’t feel easy either.

An easy way to determine a tempo pace is by using the McMillian calculator. But remember that conditions may affect your pace so listen to your body.

How should a tempo run “feel”?

The short answer is: hard!

You should finish a tempo run knowing you could run a little further but still feel as though you worked hard. You shouldn’t feel 100% exhausted as if you gave it everything you had.

You should be able to hold a short conversation but should not be able to talk in complete and full sentences.

As someone who does not use a GPS watch for every run, I do recommend using GPS or knowing mile splits for your tempo runs.

Like races, you can have more in-depth information about your workout and how it felt. You will also know how far and how fast you are running and how your body responded to that speed.

Tempo runs are a great way to build your lactic acid threshold and fitness. By building fitness, hopefully you reach your next PR. Have you done a tempo run? What is your favorite workout?

Hollie Sick is an avid New Jersey-based runner who’s completed more than 40 half marathons. Read her blog, or follow her on Facebook.

Next post: 21 Half Marathons With (Lots of) Beer at the Finish

Previous post: When & How to Hydrate While You Run