Why You Need to Be Careful Running Outside in the Cold 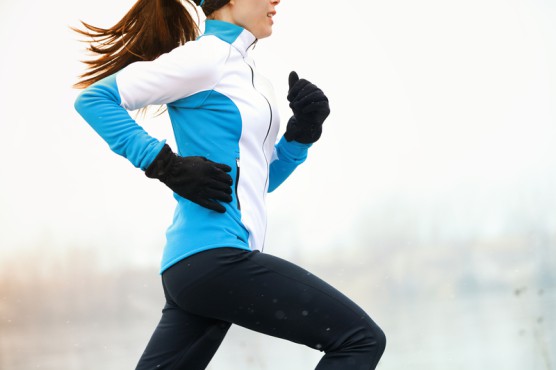 Temperatures may be dropping across the U.S., but marathons and half marathons never quit. Runners in last year’s Watchung Winter Marathon in Summit, New Jersey, had to power through their miles at temperatures hovering just below freezing.


But it’s not just the cold temperature that can be off-putting — it’s the dry air that comes along with it. Cold air tends to be less moist than warm air, which can dry out airways and cause coughing, asthma attacks, or damage to the airways.

“It does appear to be possible that routine, repeated exercise in cold conditions can alter your airways to the point that it looks an awful lot like asthma,” says Michael Davis, director of the Comparative Exercise Physiology Lab at Oklahoma State University.

Exercise-induced asthma is a well-known condition in the world of physiology and fitness science, and it’s more likely to happen in cold weather than in warmer, more humid conditions. But it’s a bit tricky to nail down, and not all scientists agree on the terms.

There’s exercise-induced bronchoconstriction, which is when exercise causes the airways to narrow and is sometimes called exercise-induced asthma. Davis differentiates this from a separate problem, when sustained airway damage in people without asthma occurs after exercising hard outside.

Frigid temperatures can damage your airways

Davis calls this condition “ski asthma” — some studies have shown 80 percent prevalence of some kind of airway damage in elite skiers, with other cold-weather athletes, like hockey players and figure skaters, also showing some level of effect.

Here’s how it works: Strenuous activity means breathing lots of air, quickly. Normally air gets warmed up in the upper airways, but with the pace and vigor of breathing during exercise, some of that cold air can get down into the lower airways, drying them out.

With time and repetition, this can lead to damage of the airways, though how long that damage lasts is an open research question.

As Davis points out, these are Olympic-level athletes, meaning the airway damage may be so minor as to not have much of an effect on overall health and athletic performance. But it varies from person to person, and in runners with pre-existing asthma, cold weather can be deadly.

“If you get an exercise-induced episode, you can certainly induce a life-threatening asthma attack,” says Jay Butcher, an orthopedist who’s studied cold-weather athletes. “So it can be life threatening, but it can also just be an annoyance.”

Butcher’s an active runner living in Montana, so he knows from running outside. He recommends that anyone with asthma use an inhaler before exercising in the cold, and even those without asthma should check with a doctor if cold-weather running causes excessive coughing or difficulty catching your breath beyond what would be expected from normal exertion.

Pay attention to how your body handles the cold

If you’re concerned about your airways, he also suggests an exercise-challenge test, using spirometry to check your lung function before and at various intervals after running outside.

Ultimately, the risk from cold-weather running is an individual one, so running outside means paying attention to how your body is handling it, and adjusting your exercise routine if you notice signs of damage.

Keep in mind that humans can’t feel what’s happening in their lower airways, but there’s one way we can feel airway damage: that familiar burning in the back of the throat.

“That’s an indication you’re doing a little bit of irritation,” Davis says. “If you can feel it there, it’s probably occurring to some degree down inside your lungs.”

And Butcher offers some final advice: “You need nice spikes for your shoes, you need a headlamp, you need lots of warm clothes,” he says. “We run outside every day.”