Got a Running Injury? Here’s How to Come Back & Run Strong 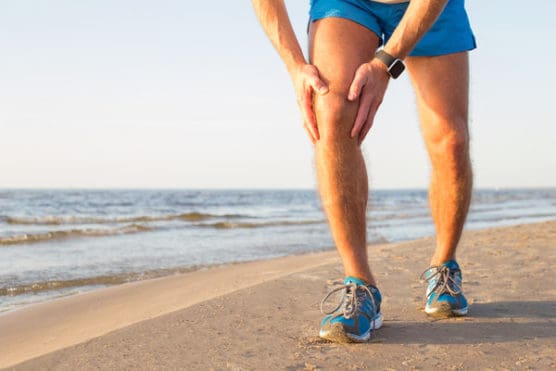 This February 6th, I was sentenced to the boot for six weeks for a stress reaction. With only 10 weeks left until the 2018 Boston Marathon, I was a bit panicked about not only my inevitable decline in fitness, but the race being scratched.

My doctor warned me that it would not be a pleasant race if I attempted to run, but did not outright discourage me to try. The real fear was that I would be back in the boot after the race, damaging my foot again after it was healed.

Additionally, missing out on that many weeks of training would make 26.2 miles feel even tougher than it usually does.

That being said, I did everything I could to get to the starting line healthy. I knew that there was always the option of pulling out of the race if disaster struck, but if I started, I would likely find a way to finish.

These five things got me to the starting line and eventually, across the finish line:

For the first 3 weeks, I could not do any cycling or any weight-bearing exercise. I had to get creative with my aerobic exercise. Swimming was the best substitute, but an hour in the pool easily felt like a three-hour run.

I knew that it was not going to prepare me for the load on my legs, but it would keep my heart pumping and give me a bit of stamina.

In addition to pool running, I found that chair aerobics (yes, it is as strange as it sounds!) worked up a good sweat. Though I wasn’t working as hard as running, it made returning to running easier when I was ready.

As a runner, I often neglected strength-training as mileage increased. This was the perfect time to really work on getting back into a routine and make me stronger for the comeback.

I didn’t run for nearly eight weeks. It was really tough to hear about other people running spring marathons and doing Boston workouts while chair running.

But I forced myself to keep my head in the game and continued to celebrate their successes while I was benched. I logged my workouts on Strava, volunteered at races in my boot, and read race reports.

Mentally, I knew it would help me appreciate my return when I was ready.

It was hard to look at the big picture with a boot strapped to my foot. But I set goals with my cross-training and strength-training that would allow me to see progress. When I kicked the boot (pun intended), I made a modified training plan for just a few days at a time.

The soreness of my body and foot would dictate my next steps. The first week was just run a mile. The second week was run 30 minutes without stopping.

Instead of knowing my limits, I had to look at my potential. With numerous marathons under my belt, I knew that pain that is possible in running 26.2 miles.

But I also knew that I was capable of covering the distance and I knew all the things I had done to put myself in the best position possible.

So while I had my doubts as any human does, I focused on the moment I was in during the race fueled by the knowledge of how it feels to cross the finish line.