The sounds of seagulls calling in the wind and the waves rushing in along the shoreline will be familiar sounds by the time you reach the finish line at Gloucester’s Twin Lights Half Marathon, which is set for its annual running this year along the Massachusetts North Shore coastline.

Runners follow an out-and-back loop course that takes them along the area known here as Cape Ann, where they’ll run between the starting and finish line area at Good Harbor Beach and nearly all the way up to Halibut Point State Park and back.

Along the way, the seashore will be visible for most of the race’s 13.1-mile route, as runners get an up-close and personal look at several of the sights that have deep roots in the nation’s maritime history.

Known as “America’s oldest seaport,” Gloucester dates its history all the way back to 1623, when it was founded by an expedition chartered by England’s King James I and later became one of the earliest settlements of the Massachusetts Bay Colony, the earliest of the English colonies in the “New World.” Ever since, the city and the Cape Ann area have been an important shipbuilding and fishing center.

The Gloucester area also is known as one of New England’s premier art colonies, as it has attracted some of the country’s best-known painters and sculptors including Henry Lane, Winslow Homer, Edward Hopper and others. Today, many artists live among the area’s full-time residents and show their works in the city’s bevy of art galleries all along the city’s downtown streets.

The half marathon will start and finish in Gloucester’s Good Harbor Beach, which lies just a couple miles east of the city center.

The highway becomes Mount Pleasant Street, Main Street, Beach Street and then Granite Street as runners make their way through the downtown district of Rockport looking over onto the sandy beaches in Sandy Bay.

Continuing on past Pigeon Cover, runners make their way along Granite all the way up to Haven Avenue, where they turn right and then begin the turnaround point that will start the second half of the race, which brings them all the way back to Good Harbor Beach for the race finish. 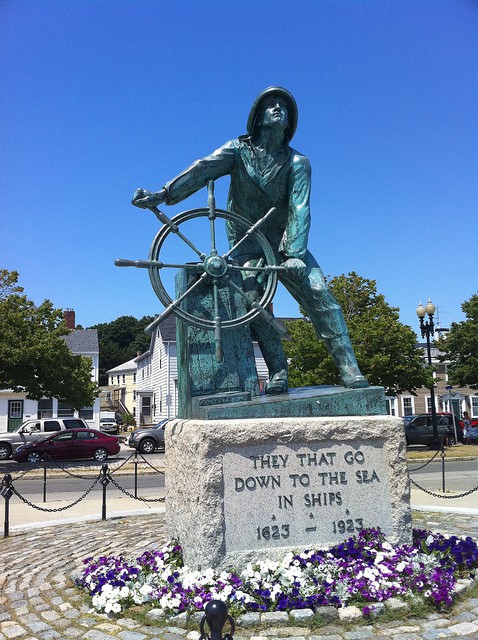 Nestled along the shoreline of Cape Ann, along Massachusetts’ North Shore and roughly 40 miles northeast of Boston, Gloucester typically sees cool to mild weather in the spring season, and plenty of wind given its location along the coast.

See the race route map for the Twin Lights Half Marathon here.

To reserve your spot in the spring 2023 running of Gloucester’s Twin Lights Half Marathon, register online at RunSignUp.com here.

Ever run in the Twin Lights Half Marathon? Share your impressions here, or post your review in the Comments below.