Since its first running in 1977, the Hudson Mohawk Road Runners Club’s Hangover Half Marathon & Bill Hogan 3.5-Miler have become a New Year’s Day tradition for runners in Albany, boasting a field of some 200 runners each year for this usually cold-weather race.


The half-marathon has a later starting time of 12:00 noon, to take advantage of what is likely to be the best weather of the day, and is part of the club’s Grand Prix Series of race events that take place throughout the year.

The course for both races, which unfolds along the roadways of the University at Albany (part of the State University of New York system) and the nearby campuses of the state government office buildings, is made up of entirely paved surfaces and is largely flat, though with a few hilly stretches thrown in along the way. 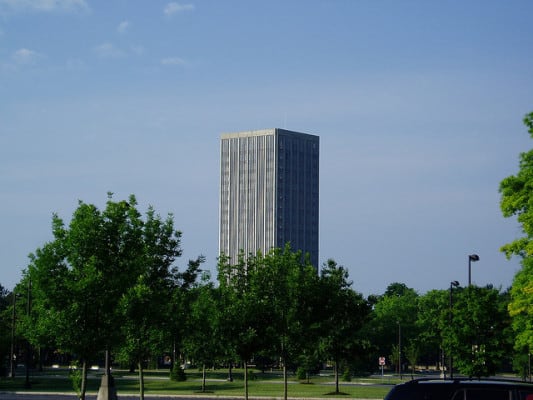 The Indian Quad tower at University at Albany-SUNY. (Photo by Joel Kramer/flickr)

See the race route map for the Hangover Half Marathon here.

To register for the winter 2019 running of Albany’s Hangover Half Marathon and Bill Hogan Run, sign up online at the event website here.

Ever run in Albany’s Hangover Half Marathon? Share your impressions here, or post your review in the Comments box below.