You’ll get the chance to run what some observers have called the “yellow brick road” of Astoria at the Run on the River Half Marathon, which unfolds along the five-mile-long Astoria Riverwalk here in this city located on the mouth of the Columbia River, where it empties into the Pacific Ocean.

In the 1980s the tracks were converted into a running, walking and hiking trail, and even today you can see signs of the old tracks, especially when you run the stretch of the race on wooden surfaces where the tracks once lay.

Out-and-back. The race begins at the riverwalk at 6th Street, and from there the course leads runners along the riverfront, heading west for the first three miles before making a turnaround and running east past the start and finish line again.

Much of the course provides beautiful riverfront views along the Columbia River that forms the border between Oregon and Washington. This along with the flat course makes Run on the River an excellent half marathon choice for beginners and those seeking to set a PR.

The course is open until 1:30 PM, and the 4 hours, 30 minutes course limit makes the event welcoming to walkers. 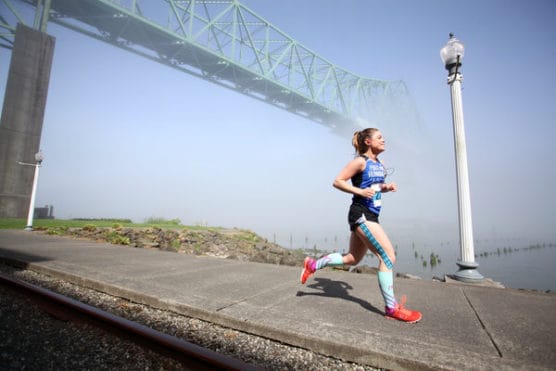 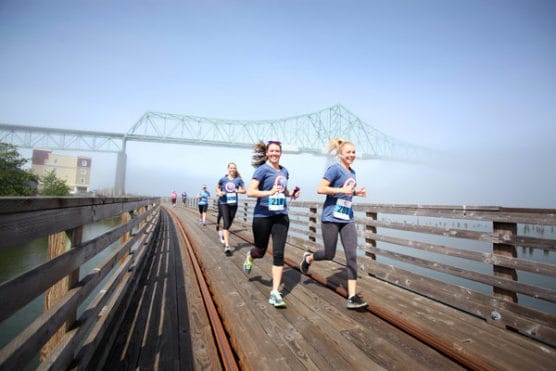 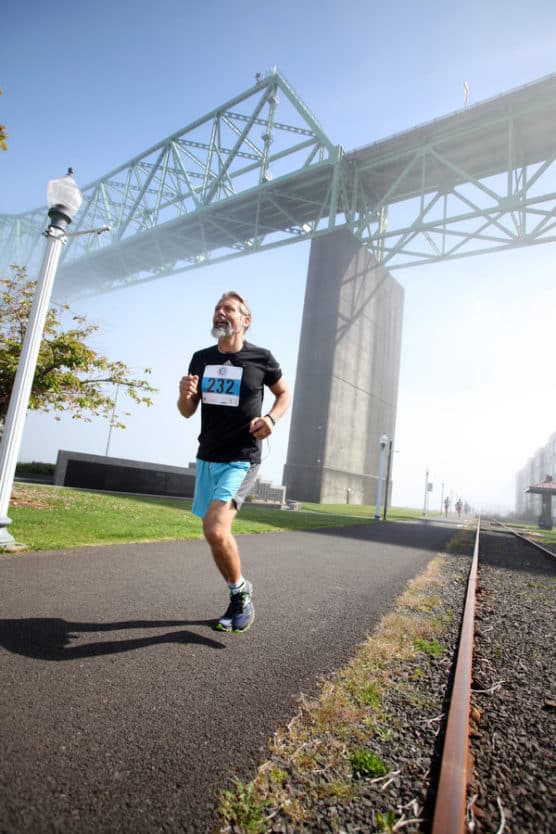 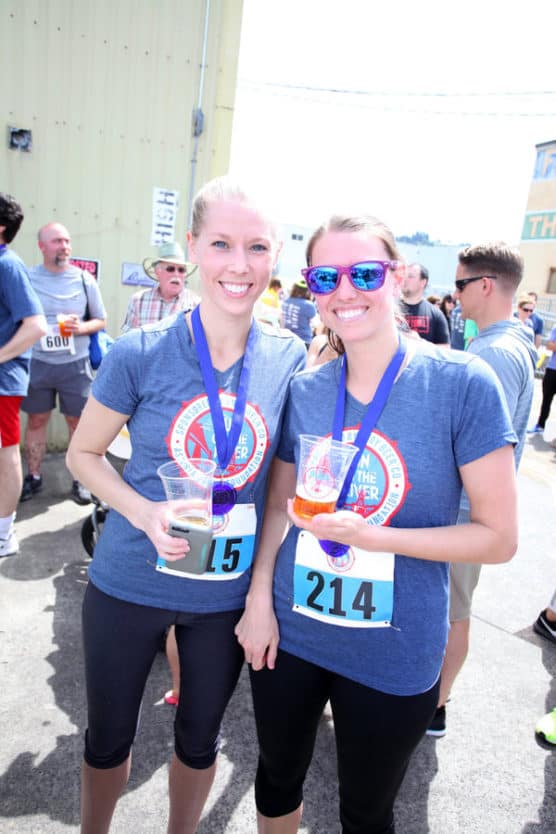 All photos courtesy Run On The River

Like much of the Pacific Northwest, Astoria experiences cool weather in May with the occasional cold snap or heat wave. The town receives 3.28″ of rain for the month of May on average, so rain is very possible on race day. As such, runners are advised to dress for any weather.

See the race route map for the Run on the River Half Marathon here.

To reserve your spot in the 2023 running of Astoria’s Run on the River Half Marathon, 10K & 5K, register online at GetMeRegistered.com here.

Ever run in the Run on the River Half Marathon? Share your impressions here, as well as anything you learned about the race that you think other runners/walkers should know.