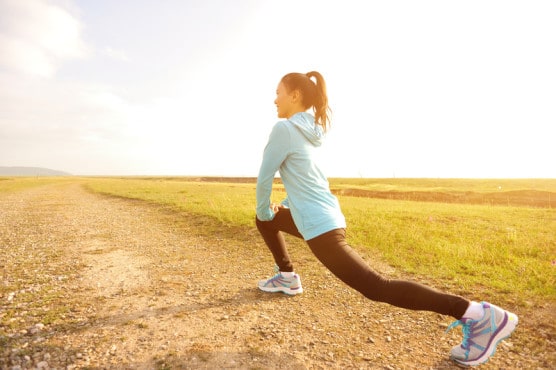 The mythological Achilles is far from alone in being struck down by his namesake heel.

Just over half of runners are expected to experience an injury to their Achilles tendons at some point in their athletic lives, though the cause is much more likely to be a sudden uphill sprint than a fatal divine arrow.

Though some prior research has indicated the tendon did best at level grades, a study published last month in the Journal of Sports Science and Medicine found that the tendon can handle both uphill and downhill running just fine.

Using Doppler ultrasound, researchers at Brigham Young University imaged the Achilles tendons of 20 young runners before and after running on a treadmill. Each runner completed three sessions on three days, once at a level grade, once at a 6 percent downhill incline and once at a 6 percent uphill.

They also varied speeds for each session, running fastest on the downhill day and slowest for the uphill run, to more closely match the reality of running a race.

By comparing cross-sectional images of each runner’s Achilles tendons before and after the sessions, the researchers found that the amount the tendon stretched during a run was the same regardless of the incline of the treadmill.

“The thinning of the tendon appears to be a normal response to running,” says Katy Andrews Neves, a graduate student and runner at Brigham Young and lead author on the study.

“Across all grades we saw that same kind of thinning,” she added. “Whether an excessive thinning is a good thing or a bad thing, we can’t really say at this point.”

Occasionally, runners experience an acute rupture of the Achilles tendon. But what’s more common is tendinosis, an overuse injury that results from repetitive strain.

“That’s, if you compare a tendon to a box of spaghetti, a few of those strands are broken but as a whole everything is still intact,” says J. Chris Coetzee, a foot and ankle surgeon at Twin Cities Orthopedics in Minnesota and a runner of 25 marathons.

By varying the speeds at different grades, the runners’ metabolic rates stayed constant, which is a key part of the study, Coetzee says.

Most Achilles injuries come after a sudden increase in activity, so demonstrating the tendon’s capabilities at constant metabolic rate can isolate the effect of changing between incline levels.

“With explosive activities, you can increase the force on your Achilles tendon up to 10 times your body weight,” Coetzee says. “For the middle-aged runner to suddenly start doing heel sprints, it’s a bad idea.”

Runners experiencing tendinosis should take plenty of time to heal to avoid rupturing the tendon entirely, Coetzee says. It’s also important to avoid anti-inflammatory drugs, which are often used to treat pain but limit the tendon’s ability to heal itself.

And when running a hilly course or adjusting inclines on your treadmill, make your transitions slowly.

“Because the tendon appeared to be adaptable across all the grades, a gradual transition period including uphill and downhill running won’t increase your injury risk,” says Neves.

Read more at the Journal of Sports Science & Medicine.

Next post: 5 Reasons Every Runner Should Try a Trail Race

Previous post: 5 Ways to Get Your Running Mojo Back