To Run Your Best Race, Find Your Own Ideal Pace 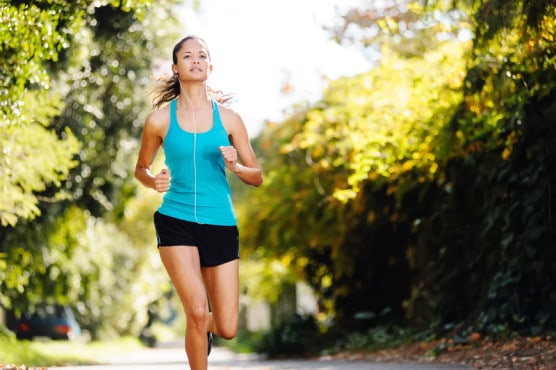 If you’ve ever tried to keep up with a pace banner or balloon during a race, you may have found yourself at times wanting to overtake the pacer carrying it, and at others wanting to lag behind.

That’s because pacers tend to move at a constant rate, while the body naturally wants to vary its exertion.

The implications of their research suggest that each of us could someday use our own data — the unique ways your body expends energy and the length of your running stride, for example — as a kind of digital coach, to help us train for races and pace ourselves better on race day.

Don’t keep a constant pace – vary it instead

“This is what we wanted to put in the model, something that says indeed when you vary your pace you can run a little longer,” says Amandine Aftalion, a professor at Ecole Polytechnique and co-author on the research.

“You recreate some energy by slowing down － not much, of course, but a little bit, so that you can run a little longer.”

In 1974, mathematician Joseph Keller published a well-known paper showing that runners should keep a constant pace to maximize their oxygen uptake and run their best race.

But physiological observations since then have shown otherwise, and that most runners vary their pace by about 10 percent throughout the course of a race.

To describe this observation mathematically, Aftalion used differential equations to build a model based on two principles of physics: that energy is conserved, and that acceleration is equal to the sum of all forces.

Enter your data to find your ideal pace

What the resulting system offers is a way to incorporate an individual runner’s specific physiological information — how much energy she uses when propelling herself forward with each step, her available anaerobic energy and other known variables like maximal oxygen uptake (also known as your VO2 max).

“The paper was saying, if you give me all the parameters, then I can predict the race [that runner will have],” Aftailion says. “I can tell you exactly, ‘This should be your velocity, and this where your energy is.’”

Since the paper came out in October, the pair has improved the model, allowing an individual runner to enter in details from a timed race and get feedback on how to train.

If you ran your best 1500-meter race, for example, and reported back your 100-meter time splits, the equations could tell you how your race would improve if you focused your training on upping your VO2 max.

The model is flexible enough that it could eventually incorporate an individual runner’s physical stats, like their height and length of each stride. But first, they’re hoping to allow the model to incorporate two runners, and to expand it to other sports, like bicycling and cross-country skiing.

A perfect fit for fitness wearables?

“The aim is to be able to put them together in the same race and predict, for the one who was behind, could he have stayed in front if he had more of either one parameter, if he had trained more in some direction,” Aftalion says.

“Or maybe he should have run not so fast in the beginning of the race.”

Aftalion says they’ve shopped their equations around to fitness and tech giants like Adidas and Samsung, as well as a small French sports-device company, but so far have had little luck.

If they do have any takers, though, you might soon be able to have a running coach in your phone or on your wrist that can calculate your way to a new personal best.

“Everything depends on the math,” Aftalion says.

Next post: 5 Weird Things I Do On Training Runs (And Maybe You Do Too)