Set for its 12th annual running right in the heart of the fall season and planned as a fundraiser for the locally based Forest Lake Area Trails System — hence the nickname, the “F*L*A*T*S” Half Marathon — this race takes runners on a point-to-point run along the hilly single-track trails of Thousand Hills State Park.


Filled with gently rolling hills as well as steep, rugged downhills and uphills carved by glaciers, rivers and streams over thousands of years, the hilly land of northern Missouri prompted early settlers to give this area the “Thousand Hills” name generations ago, and its name stuck over the years.

Today, the park’s 17 miles of lake shoreline contain miles and miles of hiking and mountain biking trails, along which runners can see some of the savanna and native grasses that once covered this part of northern Missouri.

Runners will start the point-to-point course for the race at the Thousand Hills Dining Lodge on the opposite side of the lake from the finish line, which lies at the West Winery at Jackson Stables, just off County Road 226.

(You’ll check in on the morning of the race at the finish line area, and board shuttle buses there that will take them to the starting line at the dining lodge.)

From there, runners will then start out on paved roads immediately leaving the starting line for about the first mile and a half of the race, to give runners a chance to spread out in the early going before heading onto the trails.

Once runners have passed the 1.5 mark, they’ll then turn left and head onto the Thousand Hills Trail, which starts the single-track portion of the race that will last for roughly the next 11 miles.

Along these trails, runners can really expect anything nature might throw at them — rocks, sticks, twigs, tree roots and perhaps even wet or muddy terrain (depending on the weather in the days leading up to the race).

Runners will also have to cross a few streams during the race, so expect to get your feet wet. Once the course makes it to Rainbow Basin Trail, there’s roughly a half mile left along gravel roads into the finish line at Jackson Stables.

Organizers plan to post six aid stations with water and refreshments out on the course, but runners also are encourage to bring along their own water bottles with them during the race, to ensure they stay properly hydrated between the stations. 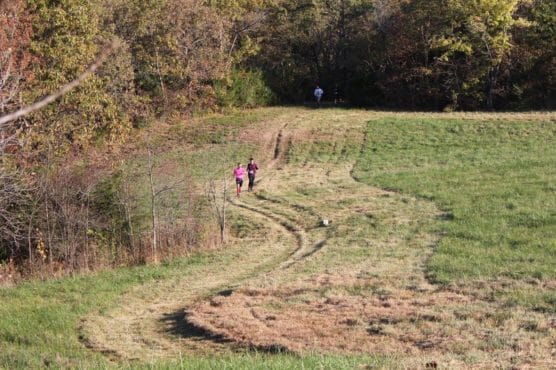 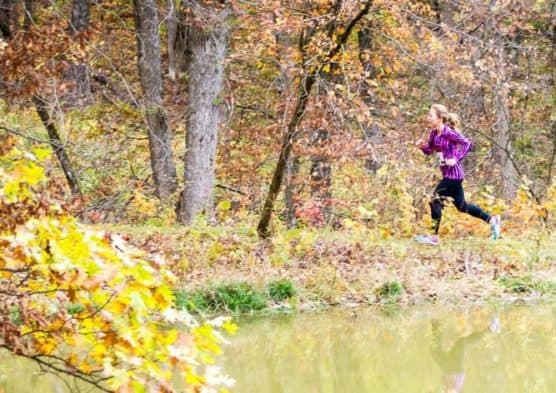 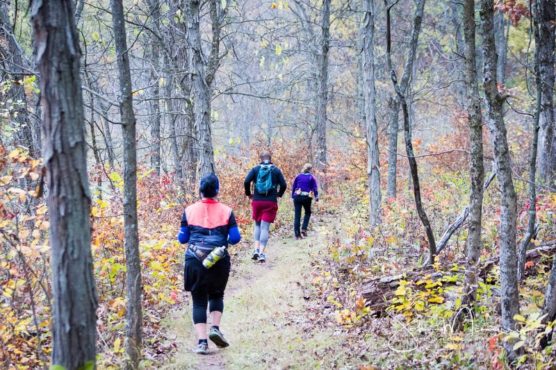 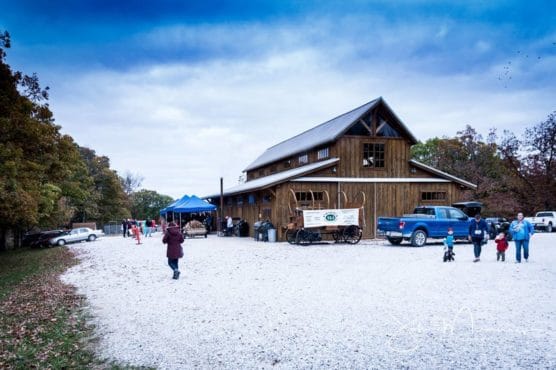 Located just over 20 miles south of the Missouri-Iowa border in the northeastern part of the state, about 180 miles northeast of Kansas City and roughly 210 miles northwest of St. Louis, Kirksville typically sees mild weather in October, which has brought record temperatures as low as 17°F (in 1925) and as high as 95°F (in 1939).

See the race route map for the F*L*A*T*S Half Marathon here.

To reserve your spot in the 2022 running of the F*L*A*T*S Trail Half Marathon, register online at UltraSignUp.com here.

Ever run in the F*L*A*T*S Trail Half Marathon? Share your impressions here, or post your review in the Comments below.